Faced with the suffering of their own people, the Palestinians’ leadership recently decided not to help. Palestinian Authority (PA) President Mahmoud Abbas rejected a deal with Israel brokered by the United Nations that would allow Palestinian refugees living in Syria to resettle in the West Bank and Gaza. Abbas stated unequivocally that «we rejected that and said it’s better they die in Syria than give up their right of return.» The Palestine Liberation Organization has also ruled out any military action to help the 18,000 or more refugees who are trapped in the Yarmouk camp near Damascus. 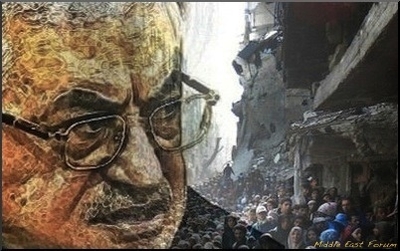 Abbas’s cold-blooded response reveals something fundamental about Palestinian society and identity. Far more than territory, the key Israeli-Palestinian issue is the idea of a Palestinian «right of return»—the belief in a legal and moral right of Palestinian refugees, and more importantly their descendants from around the world, to return to ancestral homes in [Israel’s part of] what was once Mandatory Palestine. This belief is so vital to Palestinian national identity that their leaders would rather they die than give it up and have a chance to live.

United Nations General Assembly Resolution 194 (III) of December 1948 supposedly codifies this «right.» However, a closer look reveals it to be conditional: «refugees wishing to return to their homes and live at peace with their neighbors should be permitted to do so at the earliest practicable date, and … compensation should be paid for the property of those choosing not to return.» The resolution also calls for the United Nations «to facilitate the repatriation, resettlement and economic and social rehabilitation of the refugees and the payment of compensation.»

Interestingly, all the Arab States in the UN at the time (Egypt, Syria, Lebanon, Iraq, Saudi Arabia, and Yemen) voted against the resolution, since it implicitly accepted the partition of Mandatory Palestine that recognized the Jewish right to a state. But the actual text of the resolution has been irrelevant since the beginning; Palestinian identity has crystallized around the dream of an unconditional «right of return,» as has Palestinian propaganda to the world.

Since 1948, the «right of return» has been repeated innumerable times and has become rooted deeply in Palestinian culture. Abbas himself stated that «the right of return is a personal decision… neither the PA, nor the state, nor the PLO, nor Abu-Mazen [Abbas], nor any Palestinian or Arab leader has the right to deprive someone from his right to return.» Put this way, which Palestinian would be the first to violate a cultural norm?

More amazing still is the extent to which this imaginary right has been embraced elsewhere. One example, of many, is the American Friends Service Committee, a leading architect of the boycott, divestment and sanctions movement against Israel, which calls for the «implementation of refugees’ right of return, equality, and justice for Palestinians and Israelis.» This simply means the end of Israel as a Jewish state, hardly equality or justice for both peoples. Such dishonesty about this pivotal Palestinian demand prolongs the crisis.

So, too, do high-ranking UNRWAofficials who defend the Palestinian «right of return,» in speeches and official web pages, not to mention through pervasive promotion in UNRWA schools. How does promoting the claim that Palestinians are entitled to return to places in Israel once occupied by their parents, grandparents, or even great-grandparents serve the cause of peace?

Yet pointing out, however gently, that they are unlikely ever to return to these places violates a code of silence. Such was the case with former UNRWA spokesman Andrew Whitley. In a 2010 speech to an Arab-American group, he stated, «We recognize, as I think most do, although it’s not a position that we publicly articulate, that the right of return is unlikely to be exercised to the territory of Israel to any significant or meaningful extent… It’s not a politically palatable issue, it’s not one that UNRWA publicly advocates, but nevertheless it’s a known contour to the issue.»

UNRWA swiftly condemned Whitley, saying it «unequivocally distances itself from the statements,» and Whitley himself recanted, saying, «I express my sincere regrets and apologies over any harm that my words may have done to the cause of the Palestine refugees and for any offence I may have caused… It is definitely not my belief that the refugees should give up on their basic rights, including the right of return.»

Abbas’s statement takes that «right» a step further still. He has effectively said it is an obligation for Palestinians to die rather than return under the wrong circumstances by moving to the territories of the Palestinian Authority itself and renouncing the desire to settle in what is now Israel. The centrality of the «right of return» to Palestinian identity, along with the concept of «resistance» as a means to restore both «justice» and «honor,» have reliably thwarted any consideration of resettlement. Now Abbas has laid out fully the idea of death before dishonor, or even the possibility of life under Palestinian Authority rule.

There have only ever been two solutions to the Palestinian problem, repatriation and resettlement. While at the beginning Israel offered to accept meaningful numbers of Palestinians, anything short of a complete restoration has always been off-limits politically among Palestinians. Now as Palestinians are dying, the barriers have been raised that much higher.

Al-Jazeera editor Mehdi Hasan recently wrote, «Now is the time for those of us who claim to care about the Palestinian people, and their struggle for dignity, justice, and nationhood, to make our voices heard» but added that «Our selective outrage is morally unsustainable. Many of us who have raised our voices in support of the Palestinian cause have inexcusably turned a blind eye to the fact that tens of thousands of Palestinians have been killed by fellow Arabs in recent decades.» That criticism applies first and foremost to the Palestinian leadership.

Abbas to Syria’s Palestinian Refugees: Go to Israel or ‘Die in Syria’
by Alexander H. Joffe and Asaf Romirowsky
The American Interest
May 17, 2015
http://www.meforum.org/5245/abbas-refugees-syria