The current troubles of the Obama presidency can be read back into its beginnings. Rule by personal charisma has met its proper fate. The spell has been broken, and the magician stands exposed. We need no pollsters to tell us of the loss of faith in Mr. Obama’s policies —and, more significantly, in the man himself. Charisma is like that. Crowds come together and they project their needs onto an imagined redeemer. The redeemer leaves the crowd to its imagination: For as long as the charismatic moment lasts —a year, an era— the redeemer is above and beyond judgment. He glides through crises, he knits together groups of varied, often clashing, interests. Always there is that magical moment, and its beauty, as a reference point. 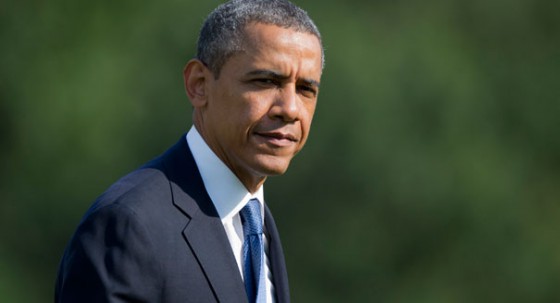 Mr. Obama gave voice to this sentiment in a speech on Nov. 6 in Dallas: «Sometimes I worry because everybody had such a fun experience in ’08, at least that’s how it seemed in retrospect. And, ‘yes we can,’ and the slogans and the posters, et cetera, sometimes I worry that people forget change in this country has always been hard.» It’s a pity we can’t stay in that moment, says the redeemer: The fault lies in the country itself —everywhere, that is, except in the magician’s performance. 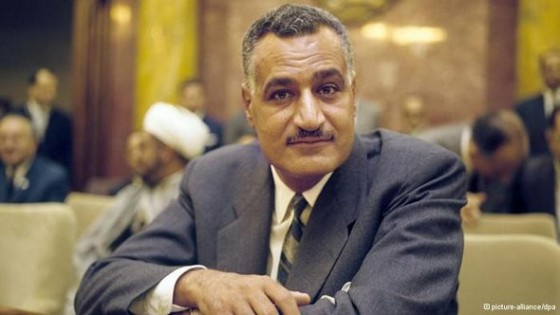 Forgive the personal reference, but from the very beginning of Mr. Obama’s astonishing rise, I felt that I was witnessing something old and familiar. My advantage owed nothing to any mastery of American political history. I was guided by my immersion in the political history of the Arab world and of a life studying Third World societies. 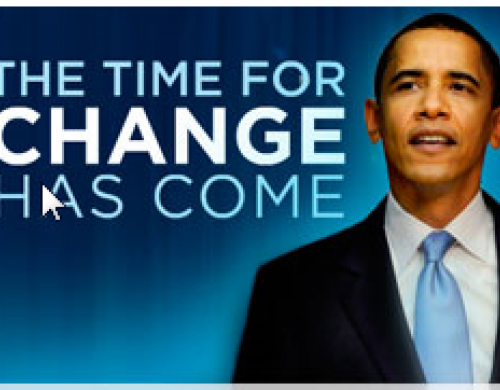 In 2008, seeing the Obama crowds in Portland, Denver and St. Louis spurred memories of the spectacles that had attended the rise and fall of Arab political pretenders. I had lived through the era of the Egyptian leader Gamal Abdul Nasser. He had emerged from a military cabal to become a demigod, immune to judgment. His followers clung to him even as he led the Arabs to a catastrophic military defeat in the Six Day War of 1967. He issued a kind of apology for his performance. But his reign was never about policies and performance. It was about political magic. 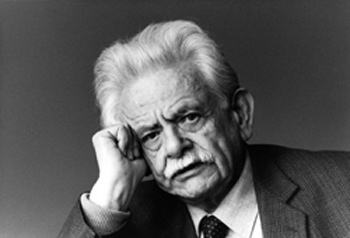 In trying to grapple with, and write about, the Obama phenomenon, I found guidance in a book of breathtaking erudition, «Crowds and Power» (1962) by the Nobel laureate Elias Canetti. Born in Bulgaria in 1905 and educated in Vienna and Britain, Canetti was unmatched in his understanding of the passions, and the delusions, of crowds. The crowd is a «mysterious and universal phenomenon,» he writes. It forms where there was nothing before. There comes a moment when «all who belong to the crowd get rid of their difference and feel equal.» Density gives the illusion of equality, a blessed moment when «no one is greater or better than another.» But the crowd also has a presentiment of its own disintegration, a time when those who belong to the crowd «creep back under their private burdens.»
Five years on, we can still recall how the Obama coalition was formed. There were the African-Americans justifiably proud of one of their own. There were upper-class white professionals who were drawn to the candidate’s «cool.» There were Latinos swayed by the promise of immigration reform. The white working class in the Rust Belt was the last bloc to embrace Mr. Obama —he wasn’t one of them, but they put their reservations aside during an economic storm and voted for the redistributive state and its protections. There were no economic or cultural bonds among this coalition. There was the new leader, all things to all people.
A nemesis awaited the promise of this new presidency: Mr. Obama would turn out to be among the most polarizing of American leaders. No, it wasn’t his race, as Harry Reid would contend, that stirred up the opposition to him. It was his exalted views of himself, and his mission. The sharp lines were sharp between those who raised his banners and those who objected to his policies.
America holds presidential elections, we know. But Mr. Obama took his victory as a plebiscite on his reading of the American social contract. A president who constantly reminded his critics that he had won at the ballot box was bound to deepen the opposition of his critics.
A leader who set out to remake the health-care system in the country, a sixth of the national economy, on a razor-thin majority with no support whatsoever from the opposition party, misunderstood the nature of democratic politics. An election victory is the beginning of things, not the culmination. With Air Force One and the other prerogatives of office come the need for compromise, and for the disputations of democracy. A president who sought consensus would have never left his agenda on Capitol Hill in the hands of Harry Reid and Nancy Pelosi.
Mr. Obama has shown scant regard for precedent in American history. To him, and to the coterie around him, his presidency was a radical discontinuity in American politics. There is no evidence in the record that Mr. Obama read, with discernment and appreciation, of the ordeal and struggles of his predecessors. At best there was a willful reading of that history. Early on, he was Abraham Lincoln resurrected (the new president, who hailed from Illinois, took the oath of office on the Lincoln Bible). He had been sworn in during an economic crisis, and thus he was FDR restored to the White House. He was stylish with two young children, so the Kennedy precedent was on offer.
In the oddest of twists, Mr. Obama claimed that his foreign policy was in the mold of Dwight Eisenhower’s . But Eisenhower knew war and peace, and the foreign world held him in high regard. 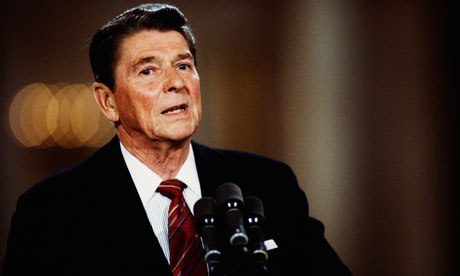 During his first campaign, Mr. Obama had paid tribute to Ronald Reagan as a «transformational» president and hinted that he aspired to a presidency of that kind. But the Reagan presidency was about America, and never about Ronald Reagan. Reagan was never a scold or a narcissist. He stood in awe of America, and of its capacity for renewal. There was forgiveness in Reagan, right alongside the belief in the things that mattered about America —free people charting their own path. 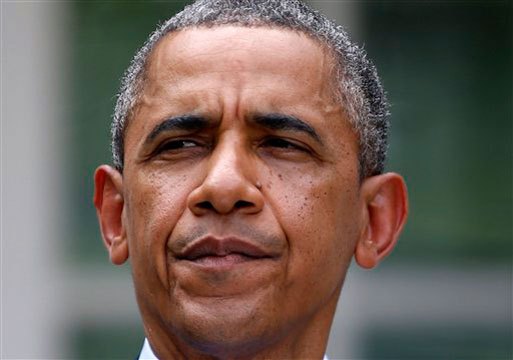 If Barack Obama seems like a man alone, with nervous Democrats up for re-election next year running for cover, and away from him, this was the world he made. No advisers of stature can question his policies; the price of access in the Obama court is quiescence before the leader’s will. The imperial presidency is in full bloom. 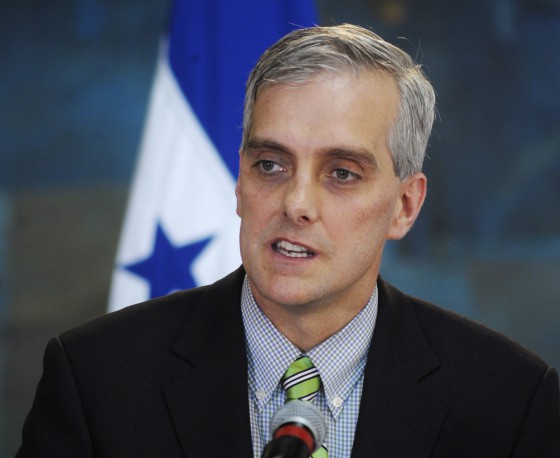 There are no stars in the Obama cabinet today, men and women of independent stature and outlook. It was after a walk on the White House grounds with his chief of staff, Denis McDonough, that Mr. Obama called off the attacks on the Syrian regime that he had threatened. If he had taken that walk with Henry Kissinger or George Shultz, one of those skilled statesmen might have explained to him the consequences of so abject a retreat. But Mr. Obama needs no sage advice, he rules through political handlers. 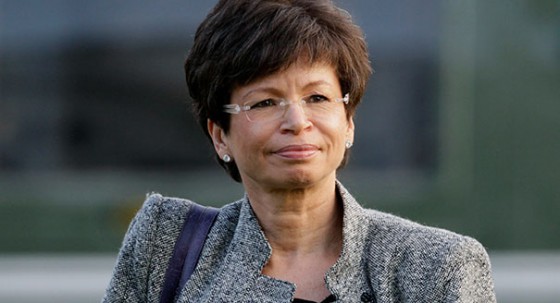 Valerie Jarrett, the president’s most trusted, probably most powerful, aide, once said in admiration that Mr. Obama has been bored his whole life. The implication was that he is above things, a man alone, and anointed. Perhaps this moment—a presidency coming apart, the incompetent social engineering of an entire health-care system—will now claim Mr. Obama’s attention.

— Mr. Ajami, was a senior fellow at Stanford’s Hoover Institution, he is the author, most recently, of «The Syrian Rebellion» (Hoover Press, 2012).