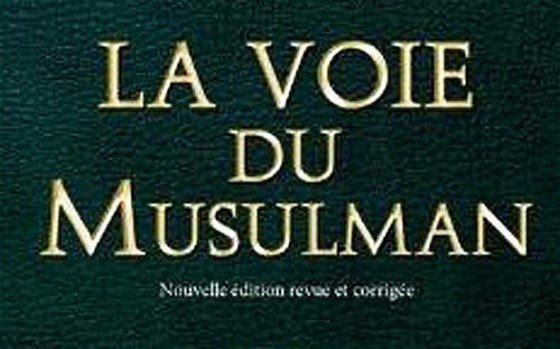 Books preaching violent jihad and urging Muslims to set up arms factories are reportedly on sale openly in French supermarkets and bookshops, sparking thousands of complaints and fresh debate over the limits of free speech.
Publishers have defended the works, claiming only a few pages are contentious, while authorities say it would be difficult to ban them.
They can be found on the shelves of supermarkets including Carrefour, one of the world’s biggest retail chains, and Fnac, France’s largest retailer of books, music, DVDs and electronic goods. Some of the works are also available from the website of the online retailer Amazon.
According to Le Figaro newspaper, two petitions demanding they be withdrawn from sale, signed by more than 18,000 people, have been ignored by Carrefour.

A passage from one of the works, “La Voie du Musulman” (“The Muslim’s Path”), written by an Algerian, Abu Bakr al-Jazairi, reads: “Muslims must set up all sorts of arms factories to produce all types of weapons in use in the world or any new invention, even to the detriment of the well-being of the nation… This is as vital as food, clothing or housing. Prepared, Jihad will be accomplished in the most satisfying conditions.”

The book says a Muslim who converts to Christianity or becomes an atheist is a «heretic».
“He should be given three days to return to Islam. If he refuses, he will be liable for the death penalty,” it says. The book also points out “there are several ways to kill sodomists”.
However, Mansour Mansour, head of the Lebanese publisher, Albouraq, said the controversy was being exaggerated because “only two or three pages are contentious”.
Another of the books, “Les Jardins des Saints” (“Gardens of the Saints”), by Muhyiddine An-Nawawi, devotes a chapter to extolling “the merit of holy war”.

An interior ministry spokesman said the issue was being “examined” but it was not clear a ban would be justified.
“If you look at some passages of the Bible, there are certainly things that could be contested under the law,” France Info radio quoted the spokesman as saying.