Commenting on the forced resignation of her chief executive after he was found to have contributed $1,000 to a California movement against gay marriage, the executive chairwoman of Mozilla, the company that makes the Firefox web browser, apologised for not having pushed him out faster.

“Mozilla prides itself on being held to a different standard and, this past week, we didn’t live up to it,” she said.

And there was I thinking a web browser’s standard was all about providing efficient access to information. Silly me. 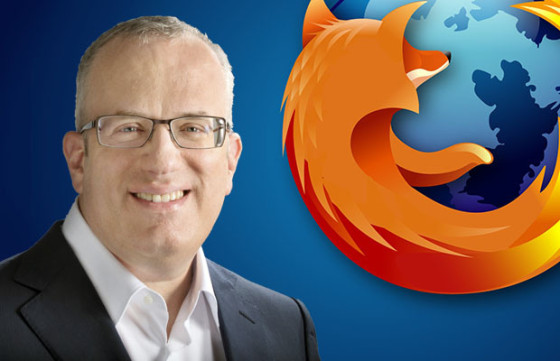 Mozilla’s treatment of the hapless CEO, Brendan Eich, is chilling. A man was kicked out of his job for having an opinion about a current, unrelated controversy. In the eyes of his boss, Mr Eich had become that social leper, a thought criminal.

Some gay activists have professed shock that gay rights have been used in this way to destroy other rights. Such avowals of outraged liberalism cut no ice. Having hijacked the institution of marriage, stamped all over religious beliefs and smeared objectors as bigots, such activists can scarcely pose now as principled defenders of freedom.

Indeed, it has long been clear that to oppose the gay agenda means running a gauntlet of intolerance. An alarming number of Christians have been arrested, jailed or otherwise had their collars felt after preaching against homosexuality. Bill Edwards, a former teacher in his seventies, was asked by a police officer to stop preaching as passers-by found it “offensive”. When he refused, six officers grabbed and arrested him.

Last month Oxford Magistrates Court told Mr Edwards he had no case to answer. Last week another Christian preacher, who was held in a cell for 19 hours after he quoted the Bible on homosexuality to two gay teenagers, won £13,000 compensation.

It is scant comfort that the courts often dismiss such charges. Underneath the “equality” rainbow, free speech seems to have died.

This intolerance, however, extends far more widely. In the 1990s, when I started writing about the breakdown of the nuclear family, I quickly found certain things had become unsayable. Researchers who produced evidence of the harm often done to children by divorce or elective fatherlessness were not only vilified as “senile”, “sloppy” or — again — “Christian”, their grant funding dried up. At government level, statistics revealing that unmarried cohabitants abused women and children some 33 times more frequently than married couples simply vanished after the different categories of relationship were excised from official scrutiny.

When it comes to man-made global warming, the totalitarians seem to have taken over the House of Commons. Last week its Science and Technology Committee declared that ministers who questioned the “majority” view among scientists about climate change should “shut up”, and that BBC editors should seek special clearance to interview climate sceptics.

That’s nothing compared to what many distinguished sceptical scientists go through on the front lines of the green battlefield. They are subjected to death threats, calls to try them for war crimes in “some sort of climate Nuremberg” or proposals to subject them to aversion therapy to produce correct thinking. Professor Richard Lindzen, a former expert reviewer for the Intergovernmental Panel on Climate Change, has described how scientists working in the IPCC process were forced to tell lies and victimised if they refused.

Here’s the really striking thing. Although such issues arise from secular ideologies, their proponents resemble the medieval Church which, believing in the imminent perfection of the world, had to get rid of heretics who might get in the way. Today’s heretics, global warming sceptics, defenders of traditional marriage, opponents of elective fatherlessness and others, stand in the way of secular ideas aimed at purging human nature and the world of all bad things.

Medieval Christianity stamped out dissent by killing or conversion. Western liberals do it by social, professional and legal ostracism. So conscientious objectors to gay rights are the equivalent of racists; global warming sceptics are likened to Holocaust deniers.

With both communism and fascism defeated, the West has succumbed to yet another variant of a world view that brooks no dissent. Back in 1952, J. L. Talmon identified it as “totalitarian democracy”, which he characterised as “a dictatorship based on ideology and the enthusiasm of the masses”.

We now have a culture of ideological intolerance, stamping out not just dissent but free inquiry, all under the guise of creating a kinder, more inclusive and progressive world. Which all goes to show there’s no one more illiberal than those who wear liberalism on their sleeve.