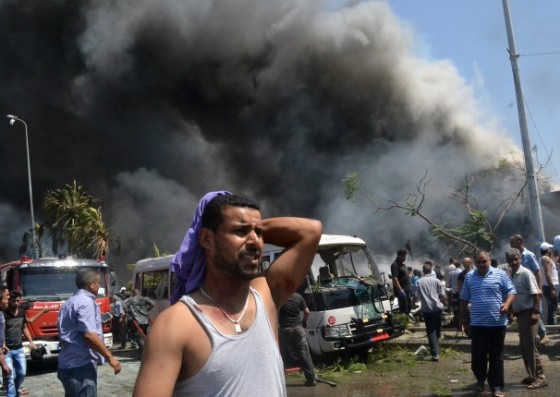 The explosions heightened concerns that Lebanon is entering an era of retaliatory Sunni vs. Shiite attacks that target civilians. Just eight days earlier, a car bomb killed 27 people in a Shiite suburb of Beirut, a support base for the Lebanese militant movement Hezbollah, in the country’s deadliest blast since the 1980s.

In the aftermath of the blasts, residents marched in protest through the streets of Tripoli and gunmen attacked an army checkpoint there, according to a Lebanese army commander who spoke on the condition of anonymity because he is not authorized to speak to reporters.

“Their first angry reaction was against the Lebanese army,” he said. Some Sunni factions have accused the army of being under Hezbollah’s influence.

Tripoli, 50 miles north of Beirut, has a reputation as Lebanon’s most volatile city and the one where the country’s sectarian fault lines are most pronounced. Sunni gunmen there regularly battle the city’s small community of Alawites, who are an offshoot of the Shiite sect and co-religionists of Assad.

“There is no state. This is the state of Hasan Nasrallah,” a bloodied victim told LBCI television from his hospital bed, referring to Hezbollah’s leader.