Tunisia was a quiet place when I went there eight years ago. Ben Ali’s authoritarian regime was a model of enlightened dictatorship compared with Moammar Qaddafi’s mad totalitarian prison state to the east. It was a model of stability compared with Algeria to the west where more than 100,000 people were butchered in the modern era’s most terrifying and bloodthirsty Islamist insurgency.

Early last year, though, the erstwhile placid and tranquil Tunisia exploded and kicked off a region-wide revolt that has claimed the scalps of several Arab dictators and may yet lead to the fall of Bashar al-Assad’s Arab Socialist Baath Party in Syria.

Every one of these revolutions is different. Tunisia’s was more or less peaceful. Egypt’s looked more like a military coup than anything else. Islamists won elections in each after their respective presidents fell.

The uprisings in Libya and Syria turned into wars. Libya’s sucked in NATO. Syria’s could metastasize and set the entire Eastern Mediterranean ablaze.

Radical Islamists beat the secular parties in Egypt by a two to one margin. Islamists sort of won in Tunisia, but the majority voted against Ennahda, Tunisia’s Muslim Brotherhood party. Ennahda won the prime minister’s office, but with a mere plurality of votes rather than with a majority.

Libya, meanwhile, is now bristling with weapons and fractured along tribal lines. It is nowhere near stable. And it’s a backward place where some form of Islamism or sharia law seems to be supported by the overwhelming majority.

No one knows whether or not Assad will hang on in Syria. The country could go through a long period of sectarian bloodletting, though, even if the regime falls tomorrow.

Referring to all this as a “spring” is naïve and preposterous. Cairo is not Budapest. Tripoli is hardly Prague.

Tunisia is different, however. I don’t know if it’s different enough, but it’s different. Unlike in Egypt, the majority of its citizens voted against the Islamist party. Unlike Libya, it is not fractured tribally except in the Saharan south where hardly anyone lives. Unlike in Syria, the overwhelming majority belong to a single sect and ethnicity. Roughly one percent are Christian and another one percent or so are Jewish, but almost everyone is an Arab Sunni, at least nominally. Unlike Lebanon, Tunisia is not under the thumb of a hostile foreign dictatorship like Syria or Iran. It is free to seek its own destiny without sect, tribe, military junta, or foreign master as an obstruction.

This is the one sovereign country in the Arab world where Islamists and secularists are evenly matched. The army is small. Private citizens do not have guns. There are no miltitias, Islamist or otherwise. The two sides are going to have to battle it out the way we do in the West—through debate in newspapers and coffeeshops and town halls and at the ballot box.

It’s possible that one side will arm itself and conquer the other as Khomeini’s Islamists did in Iran, but that isn’t happening, at least not yet. If the Islamists do try to take over, electorally or by force of arms, they’ll face far stiffer resistance here than they will anywhere else. Tunisia’s secular population is enormous, especially in the coastal cities, and it will not go quietly in the good night of theocracy.

While hardly anyone in the West is paying the least bit of attention, Tunisia is shaping up to be the great ideological battleground in the Arab world. It’s a swing state and also a bellwether. If the Islamists win decisively there in the end, they’ll almost certainly win everywhere else in the Middle East and North Africa. But if Tunisians can work out a formula for tolerant co-existence between the secular and the devout, less politically advanced Arab countries like Egypt and Libya might one day—eventually, even if it takes 50 more years—figure out a way to drag themselves into the 21st century with another Arab country as a model for how it can work.

No one can know yet how all this will turn out, but it will be fascinating to watch.

I intend to visit every country touched by the Arab Spring and eventually write a book about it. Next on the list is Tunisia, followed by either Libya or Syria, depending on what happens to Assad in the next couple of months.

I’m leaving for Tunisia next week and will travel up and down the country, from the somewhat Europeanized cities on the Mediterranean to the more conservative and Islamist towns in the interior and in the Sahara. I’ll talk to Islamists, liberals, socialists, Jews, Christians, Berbers, Tuaregs (hopefully), government officials, activists, professors, and foreign policy makers. I’m this close to landing an interview with the prime minister, a man who—by the way—was recently banned from even visiting the United States. 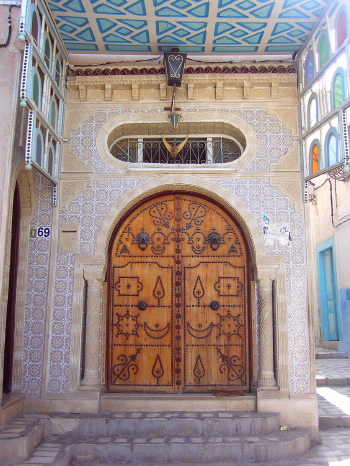 Tunisia is by far the most visually striking Arab country I’ve ever seen. Expect lots of pictures.

But I need your help with travel expenses. This is the off season in an off year when everything but the air fare is discounted, but I still can’t do this without your assistance. If you haven’t supported me recently (or ever), please help me out. PayPal donations add up to plane tickets, and so do sales of my new book In the Wake of the Surge.

You can make a one-time donation through Pay Pal:

To the Great Ideological Battleground