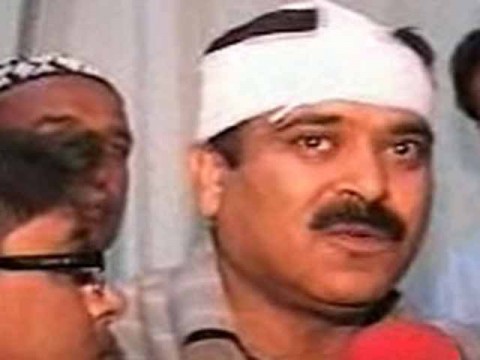 Dr Baqir Shah was gunned down in the city of Quetta.

He had contradicted police reports earlier this year which suggested the five victims had been suicide bombers.

Dr Shah was in his car when gunmen pulled up alongside him and sprayed the vehicle with bullets.

He died soon afterwards in hospital.

It was Dr Shah who, back in May, carried out the autopsies in a controversial case.

Two men and three women of Russian and Tajik origin died at a checkpoint just outside Quetta, in the province of Balochistan.

One of the women had been heavily pregnant, but police insisted they had all been militants and that they had been carrying explosives.

Police said that they died as they detonated a bomb.

They said at the time of the attack they had hand grenades and bombs strapped to their bodies.

The BBC’s Aleem Maqbool in Islamabad says that Dr Shah’s autopsy corroborated what many witnesses said – that they had in fact died after being shot many times at a distance by the security forces.

Witnesses also said they had been unarmed.

Hours after he filed his testimony, Dr Shah was dragged out of a restaurant and beaten by a group of unidentified men. He later complained that while he was supposed to receive protection, he never got it.