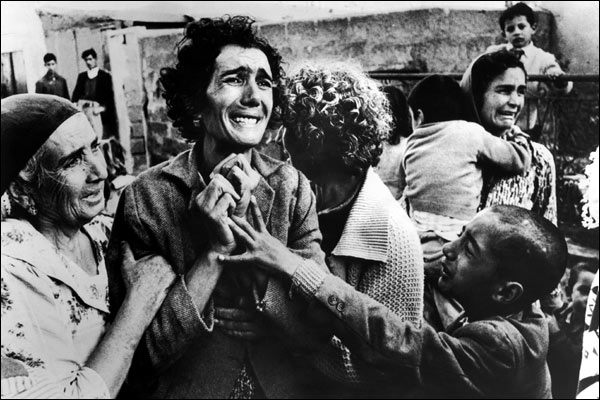 Don McCullin: A distraught woman flees the village of Gazabaran with her family after the killing of her husband, Cyprus 1964. (DM 218)

While in Cyprus, Don McCullin captured a sequence of remarkable photographs showing the suffering of Turkish Cypriots in raw, unflinching detail. For his work in this, his first major assignment as a professional photojournalist, McCullin became the first British photographer to be awarded the World Press Photo Award.