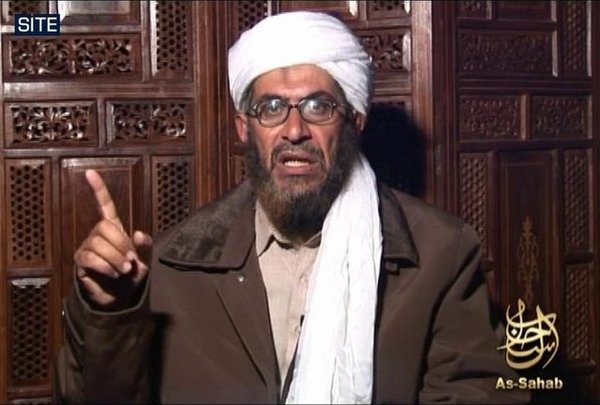 Z»Word is spreading in extremist circles of the death of Sheikh Sa’id al-Masri, widely viewed as the number three figure in al Qaeda,» a U.S. counterterrorism official said. «We have strong reason to believe that’s true, and that al-Masri was killed recently in Pakistan’s tribal areas. In terms of counterterrorism, this would be a big victory. «Al-Masri was the group’s chief operating officer, with a hand in everything from finances to operational planning. He was also the organization’s prime conduit to Bin Ladin and Zawahiri. He was key to al Qaeda’s command and control,» the official said

Bill Roggio, the editor of the Long War Journal, reported Monday night that al-Yazid was killed in a drone strike from May 21 that at the time was believed to kill 10 militants.

The United States, in cooperation with Pakistan, stepped up the pace of lethal drone strikes in August 2008 after President Bush signed an executive order giving the commander of Central Command more operational control to order the strikes in ungoverned spaces throughout southeast Asia and the Middle East. Since then, the U.S. intelligence community estimates that at least 15 senior leaders in al Qaeda and the Taliban have been killed in the drone strikes.

«His death would be a major blow to al Qaeda, which in December lost both its internal and external operations chiefs,» the U.S. counterterrorism official said. «Though these terrorists remain extremely dangerous and determined to strike at the United States, the removal from the battlefield of top leaders like al-Masri is further proof that the tribal areas are not quite the safe haven al Qaeda and its allies thought them to be.»

U.S. believes it has killed al Qaeda’s No. 3 man