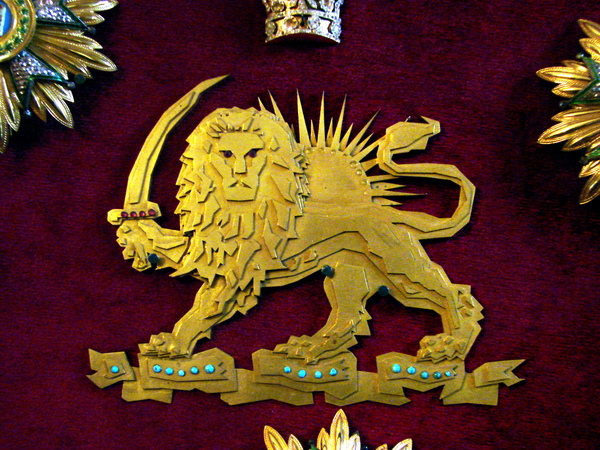 One thing has become very clear, Islamic Regime and its agents are terrified of the Lion and Sun Flag. The reason for this is that the Lion and Sun Flag is the only symbol that unites the Iranian people, regardless of their beliefs and ideas. This is the very last thing the Islamic Regime wants, because the Regime knows that if people are able to put away their differences and unite, they will become that much closer to freedom and democracy in Iran.

The Lion and Sun ( Persian: شیر و خورشید shir o khorshid ) is one of the better-known emblems of Iran, and between 1576 and 1979 was an element in Iran’s national flag. The motif, which combines «ancient Iranian, Arab, Turkish, and Mongol traditions», became a popular symbol in Iran in the 12th century.[