Wehbe, a 35-year-old model turned actress and singer, is widely regarded as the Middle East’s most prominent sex symbol and has been no stranger to controversy in the past. Her skimpy outfits and provocative lyrics (one previous hit was entitled Hey, Good Little Muslim Boy) have earned her the wrath of religious conservatives and forays into the political arena have also sparked debate, including her very public praise for Hezbollah leader Hassan Nasrallah during the 2006 conflict between Israel and Lebanon.

The latest accusations of racism came after the release of her new song, Where is Daddy?, in which a child sings to Wehbe, «Where is my teddy bear and the Nubian monkey?».

Wehbe has since apologised profusely for the offending lyrics, insisting they were penned by an Egyptian songwriter who told her that «Nubian monkey» was an innocent term for a popular children’s game. That hasn’t stopped a group of Nubian lawyers submitting an official complaint to Egypt’s public prosecutor and calling for the song to be banned.

«Everyone is upset,» said Sayed Maharous, 49, the Nubian owner of a coffee shop in Cairo. Adul Raouf Mohammed, who runs a nearby store, agreed. «To compare a human being to an animal is insulting in any culture. She has denigrated an entire community of people, and now some of our children are afraid to go into school because they know they will be called monkeys in the playground.» 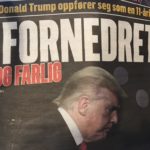