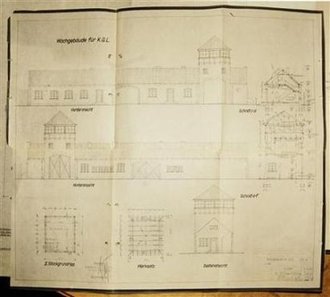 The newly found Auschwitz blueprints are dated October 23 1941 and could offer historians earlier evidence of Nazi plans to kill Jews on a mass scale, Bild said.

«These documents reveal that everyone who had even anything remotely to do with the planning and construction of the concentration camp must have know that people were to be gassed to death in assembly-line fashion,» Bild wrote.

«The documents refute once and for all claims by those who deny the Holocaust even took place,» it added.

The concentration camp at Auschwitz-Birkenau in Poland was the largest — at least 1.1 million Jews were killed there.

Auschwitz I was set up in May 1940 in an old Polish army barracks. The first victims were gassed in September 1941. Auschwitz II, or Birkenau, opened in October 1941. Four large gas chambers were added to the camp in January 1942.