Turkish artillery shelled suspected positions of Kurdish rebels based across the border in northern Iraq on Friday, according to reports. Secretary of State
Condoleezza Rice warned Turkey that it risked expanding regional tensions with any «robust» move of troops into Iraq.

Turkey has been building up its forces along the border with Iraq, and its leaders are debating whether to stage a major incursion to pursue Kurdish rebels from Turkey who rest, train and resupply at bases in Iraq. Such an operation could ignite a wider conflict involving Iraqi Kurds, and draw in its
NATO ally, the United States.

Rice, speaking in New York to a panel of journalists and editors from The Associated Press, said it’s «not good for anybody for a robust move across the border.» She described it as «not good for Iraq and not good for Turkey.»

The statement by Rice suggested Washington has acknowledged that Turkey might conduct limited incursions across the rugged frontier against the separatist Kurdistan Workers’ Party, also known as PKK.

Iran has also clashed with Iranian Kurd fighters who have bases in remote, mountainous areas of northern Iraq, and Iranian forces reportedly participated in the overnight shelling.

Tension and violence involving Kurds, who lack a nation-state but have long sought autonomy, have ebbed and surged in the past century in Turkey,
Syria, Iran and Iraq. In Turkey, Kurds make up about 20 percent of the country’s population of more than 70 million.

The Patriotic Union of Kurdistan, or PUK, the party of Iraqi President Jalal Talabani, reported the overnight Turkish and Iranian shelling on its Web site. Turkish military authorities at the General Staff in Ankara were not immediately available for comment. 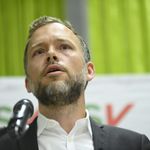