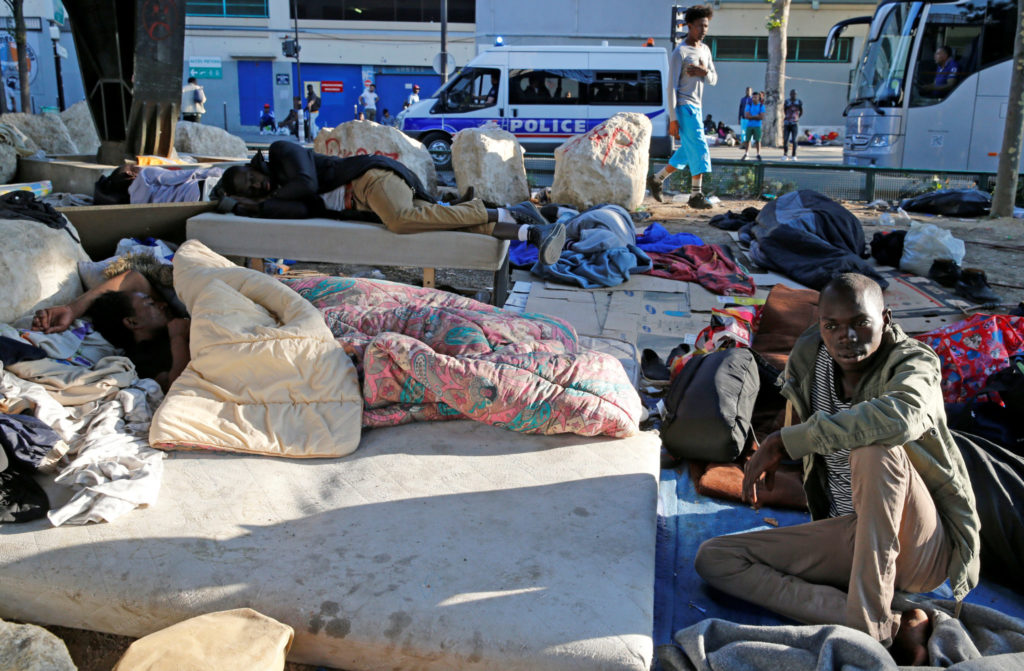 Kevin Myers (born 30 March 1947) is an Irish journalist and writer. He writes for the Irish edition of the Sunday Times, having previously been a columnist for the Irish Independent and a former contributor to The Irish Times, where he wrote the «An Irishman’s Diary» opinion column several times weekly. Until 2005, he wrote for the UK Sunday Telegraph.

His articles criticize left-wing opinion and the «liberal consensus», sometimes incorporating hyperbole, sarcasm and parody.  This essay appeared in The Irish Independent (2008):

Somalia is not a humanitarian disaster; it is an evolutionary disaster. The current drought is not the worst in 50 years, as the BBC and all aid organizations claim.

It’s just that there are now four times the population; having been kept alive by famine relief, supplied by aid organizations, over the past 50 years.

So, of course, the effects of any drought now, is a famine. They cannot even feed themselves in a normal rainfall year.

Worst yet, the effects of these droughts, and poor nutrition in the first 3 years of the a child’s life, have a lasting effect on the development of the infant brain, so that if they survive, they will never achieve a normal IQ .

Consequently, they are selectively breeding a population who cannot be educated, let alone one that is not being educated; a recipe for disaster.

We are seeing this impact now, and it can only exacerbate, to the detriment of their neighbors, and their environment as well. This scenario can only end in an even worse disaster, with even worse suffering, for those benighted people, and their descendants. Eventually, some mechanism will intervene, be it war, disease or starvation.

So what do we do? Let them starve?

What a dilemma for our Judeo/Christian/Islamic Ethos; as well as indu/Buddhist  morality.  And this is beginning to happen in Kenya, Ethiopia and other countries in Asia, like Pakistan.  Is this the beginning of the end of civilization?

AFRICA is giving nothing to anyone outside Africa — apart from AIDS and new diseases. Even as we see African states refusing to take action to restore something resembling civilization in Zimbabwe, the begging bowl for Ethiopia is being passed around to us out of Africa, yet again.

It is nearly 25 years since the famous Feed The World campaign began in Ethiopia, and in that time Ethiopia’s population has grown from 33.5 million to 78+ million  today.

So, why on earth should I do anything to encourage further catastrophic demographic  growth in that country?

Where is the logic? There is none. Now they want to move to other countries to continue to breed and commit crime.

To be sure, there are two things saying that logic doesn’t count.  One is my conscience, and the other is the picture, yet again, of another wide-eyed child, yet again, gazing, yet again, at the camera, which yet again, captures the tragedy of children starving.

Sorry. My conscience has toured this territory on foot and financially.  Unlike most of you, I have been to Ethiopia; like most of you, I have stumped up the loot to charities to stop starvation there.  The wide-eyed boy-child we saved, 20 years or so ago, is now a low IQ, AK 47-bearing moron, siring children whenever the whim takes him and blaming the world because he is uneducated, poor and left behind.  There is no doubt a good argument why we should prolong this predatory and dysfunctional economic, social and sexual system but I do not know what it is.  There is, on the other hand, every reason not to write a column like this.

It will win no friends and will provoke the self-righteous wrath of, well, the self-righteous hand wringing, letter writing wrathful individuals; a species which never fails to contaminate almost every debate in Irish life with its sneers and its moral superiority. It will also probably enrage some of the finest men in Irish life, like John O’Shea, of Goal; and the Finucane brothers, men whom I admire enormously.

So be it. But please, please, you self-righteously wrathful, spare me mention of our own Irish Famine, with this or that lazy analogy. There is no comparison!

Within 20 years of the Famine, the Irish population was down by 30%. Over the equivalent period, thanks to western food, the Mercedes 10-wheel truck and the Lockheed Hercules plane, Ethiopia’s population has more than doubled.

Alas, that wretched country is not alone in its madness.

Somewhere, over the rainbow, lies Somalia, another fine land of violent, AK 47-toting, khat-chewing, girl-circumcising, permanently tumescent layabouts and housing pirates of the ocean.  Indeed, we now have almost an entire continent of sexually hyperactive, illiterate indigents, with tens of millions of people who only survive because of help from the outside world or allowances by the semi-communist Governments they voted for, money supplied by borrowing it from the World Bank!

This dependency has not stimulated political prudence or common sense.

Indeed, voodoo idiocy seems to be in the ascendant, with the president of South Africa being a firm believer in the efficacy of a little tap water on the post-coital penis as a sure preventative against AIDS infection. Needless to say, poverty, hunger and societal meltdown have not prevented idiotic wars involving Tigre, Uganda, Congo, Sudan, Somalia, Eritrea etcetera.

Japan, China, Russia, Korea, Poland, Germany, Vietnam, Laos and Cambodia in the 20th century have endured worse broad brush-strokes than almost any part of Africa. They are now — one way or another — virtually all giving aid to or investing in Africa, whereas Africa, with its vast Savannahs and its lush pastures, is giving almost nothing to anyone, apart from AIDS.

By 2050, the population of Ethiopia will be 177 million; the equivalent of France, Germany and Benelux today, but located on the parched and increasingly Protein-free wastelands of the Great Rift Valley.  So, how much sense does it make for us actively to increase the adult population of what is already a vastly over-populated, environmentally devastated and economically dependent country?

How much morality is there in saving an Ethiopian child from starvation today, for it to survive to a life of brutal circumcision, poverty, hunger, violence and sexual abuse, resulting in another half-dozen such wide-eyed children, with comparably jolly little lives ahead of them?

Of course, it might make you feel better, which is a prime reason for so much charity!

But that is not good enough.

For self-serving generosity has been one of the curses of Africa. It has sustained political systems which would otherwise have collapsed.

It prolonged the Eritrean-Ethiopian war by nearly a decade.

It is inspiring Bill Gates’ programme to rid the continent of malaria, when, in the almost complete absence of personal self-discipline, that disease is one of the most efficacious forms of population-control now operating. If his programme is successful, tens of millions of children who would otherwise have died in infancy will survive to adulthood, he boasts.

Oh good: then what? I know, let them all come here (to Ireland). Germany and the rest of Europe is already inundated and there are literally millions queuing up who want a hand out, taking in refugees because you feel sorry for them will end in the demise of those countries taking part.

You will note that; No Gulf State is taking any refugees, and the head of the human rights commission is Saudi Arabian!