Trump came under fire last week after saying at a rally and on television that he had seen thousands of people in Jersey City cheer the collapse of the twin towers in Manhattan.
..

In a phone interview on NBC’s «Meet the Press,» Trump said he has heard from «hundreds of people that agree» that there were televised Muslim celebrations of the Sept. 11, 2001, attacks, which he used as evidence to show his remarks were true.

«I saw it. So many people saw it,» said Trump, who, in the race for the November 2016 election, has been among the most vocal of the Republican candidates in expressing skepticism about Muslims in the United States. «So, why would I take it back? I’m not going to take it back.»

When NBC anchor Chuck Todd suggested the people Trump heard from are supporters and might want to agree with him, Trump interrupted to note the «huge Muslim population» New Jersey has. 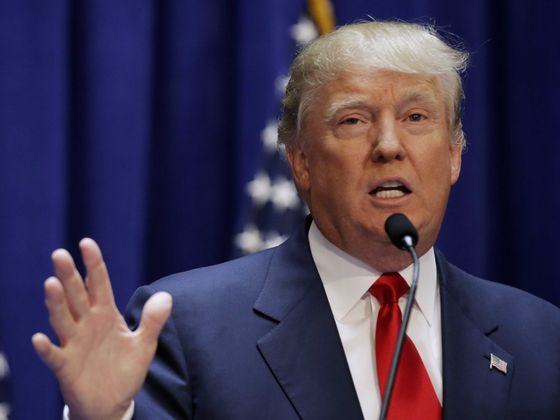