Police described the incident as a «terror attack» and said the assailant was a 23-year-old Palestinian from the West Bank town of Tulkarm who had been living in Israel illegally. He was later named as

«The terrorist stabbed the bus driver several times but the driver fought back until he fled on foot and was neutralised by a guard from the prisons’ service,» a police statement said.

«We were in our car behind the bus,» Ynet, an Israeli news website, quoted an eyewitness as saying. «Suddenly we saw people getting off and running, screaming, and crying hysterically. We didn’t know what to do. We were scared he was going to come towards us. Several ambulances arrived and they just evacuated everyone

«The attack carried out this morning is a bold, heroic act and a natural response to the crimes of the occupation and terrorism against the Palestinian people,» said Izzat al-Risheq, a member of Hamas’ political bureau. 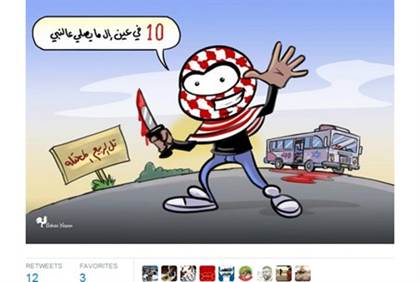