Saturday morning armed militants kidnapped at least 13 Egyptian Christians from a housing complex in Sirte, Libya. Militants went room to room checking ID cards and specifically taking Christians while leaving Muslim Egyptians unharmed. This is the third incident of violence by extremists against Christians in Libya in just the past two weeks, and is just the latest in a long line of attacks against Christians in the violence-riddled country.

At 2:30 am, a group of at least 15 masked, armed militants entered a housing complex in the coastal town of Sirte, Libya.  «They were 15 armed and masked men who came in four vehicles. They had a list of full names of Christians in the building. While checking IDs, Muslims were left aside while Christians were grabbed,» Hanna Aziz, who was in the housing complex, told the AP.

«I heard my friends screaming but they were quickly shushed at gunpoint. After that, we heard nothing,» said Aziz. Three of his close relatives were reportedly among those taken by the militants.

Fr. Philemon Attia, a priest of the Mar Girgis church in Beni Suef, told ICC that his nephew Abanoub Ayad Attia was among those taken. «One of our relatives who is still in Libya and lives in the same housing building called us today and told us about the abduction my nephew and twelve others,» Fr. Philemon said. «At dawn some armed, masked men stormed the housing building and broke the doors of their rooms and abducted them at gunpoint,» he continued.

This latest abduction comes just five days after seven Coptic Christians were abducted Tuesday, December 30 from a microbus as they were trying to return to Egypt. The seven were from the Samalout villages in Minya, Upper Egypt. According to Fr. Shehata, deputy of the Samalout diocese, eight armed members of Ansar al Sharia took the seven men by car to an unknown location, MidEast Christian News reported.

According to Fr. Philemon, the seven who were abducted on Tuesday were living in the same housing complex and that was raided on Saturday. Abanoub told his uncle that he and others for more than a month had been wanting to leave Libya but did not have a safe way to exit the country.

Some of them had «stayed in their housing building for more than 25 days like captives and they couldn’t go out of their rooms because they heard that the area where they were living was controlled by the Islamic State group. They believed their lives would be in danger if they went out. Every time I called him he was asking me to pray for them,» Fr. Philemon said.

Ayad Makeen Zaky, brother of Milad Makeen Zaky who is among those taken, told ICC, «On Thursday, January 1, I received a call from my brother, he told me that he is unable to return back to Egypt. There was not any safe way to travel. He also told me he wasn’t able to go out from his home, and the situation had become so dangerous there.»

«My brother and the other captives left Egypt and traveled to Libya to search for a living that they could not find here in their own country,» Ayad continued. «He was the primary breadwinner for his wife and son.» 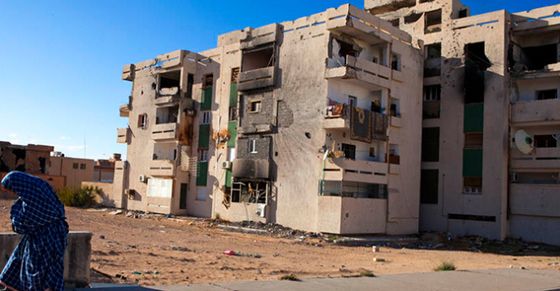 The Egyptian-born family had lived in Libya since 2001 where Magdy worked as a medical professional at the Jarf Health Center. The family resided at a doctor’s housing complex in the city where they provided medical treatment to the community and held free lectures for the local people. Though many of the local residents appreciated their work, militant Muslims did not like their Coptic Christian lifestyle. Their daughter, Catherine, was even threatened with death at one point by the Ansar Al-Sharia extremist group for not wearing a veil. 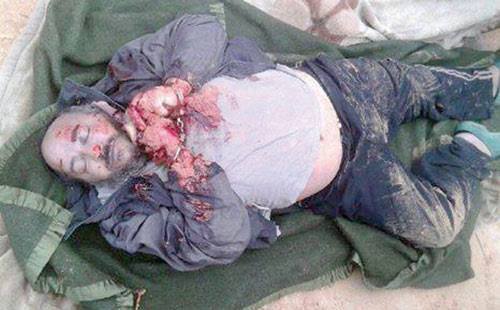 The couple had two other daughters, aged 10 and nine, who were unharmed during the attack but are left to mourn the deaths of their parents and sister.

A funeral was held December 30 for the family at the Mar Girgis Church in Tanta, Egypt, 90km north of Cairo. The governor of Tanta as well as other state, military, and religious figures were in attendance, according to Watani.

Throughout 2014 there have been numerous incidents of violence towards Christians in Libya, including apparent executions and kidnappings.

Egyptian Christians are becoming increasingly vocal in their requests for assistance from the Egyptian Foreign Ministry in protecting Egyptians living in Libya and helping to provide safe travel out of the country.

The families of the seven taken on December 30th met with a representative of the Foreign Ministry who has promised assistance, but it is unclear what actions have been taken so far.

The Ministry is considering a travel ban to Libya among other measures according to a spokesman on Al Haya TV.

Ayad told ICC, «Tomorrow we will stand in the front of the Presidential Palace in Heliopolis to demand the safe return of our captives to their homeland.»

Fr. Philemon also appealed to President Sisi to intervene on behalf of those abducted in Libya and to work for their release.

Todd Daniels, ICC Regional Manager for the Middle East, said, «Christians in Libya are in extreme danger from Islamic extremists who have shown they are actively hunting them down. It is imperative that the Egyptian government work with relevant authorities to provide for the security and safety of its citizens who are currently in Libya and provide a way for them to safely exit the country as they attempt to flee the violence. We mourn together with the families affected by these actions, urge the government to quickly act to protect Christians, and pray for the safe return of those who have been kidnapped today in Libya.»