It was inevitable: Our post-Iraq isolationist funk is finally ending. And it’s ending, of all places, right back in Iraq.

President Obama, a mere week after saying ISIS is a problem that needs to be “managed,” is now promising to “degrade and ultimately destroy” the terrorist organization that controls a proto-state in huge swaths of Syria and Iraq. He plans a “systematic campaign of air strikes” alongside support for the new Iraqi government and relatively “moderate” Syrian rebels.

The President is the most reluctant of warriors. He campaigned on ending the wars in Iraq and Afghanistan, and even the most casual observer could see that he was spectacularly uninterested in doing the first thing about Syria’s civil war. 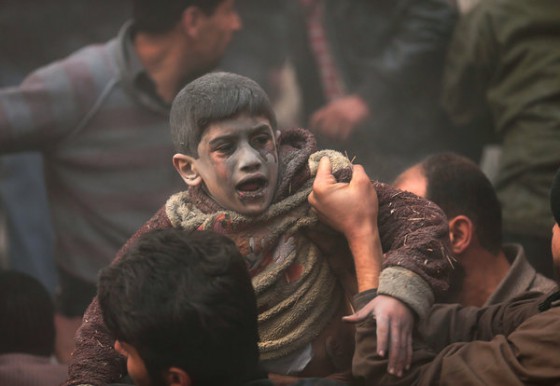 What forced his hand is the fact that the Syrian civil war is no longer the Syrian civil war. It’s a regional war that is exploding into Iraq and to a lesser extent into Lebanon. It long ago sucked in Iran and Hezbollah and is now dragging in Washington, kicking and screaming.

The erstwhile hawkish Republicans have been hardly more interested in getting involved than Obama, what with Syria’s terrorist-supporting President Bashar Assad battling it out with other terrorists. Sarah Palin summed up the mood of her party’s right wing when she wrote “let Allah sort it out” on Facebook.

Why not, right? Iraq has proven to be all but unfixable, and so has Afghanistan.

The reason we must reject the tempting tendency to close our eyes and hope this problem goes away is that Allah doesn’t always sort things out according to American interests.

Life is filled with things we don’t want to do but have to do anyway. No one wants radiation or chemotherapy, but if you get cancer, you’re going to have to take it despite the fact that it might not work and that it will certainly feel like it’s killing you.

Let’s not kid ourselves. ISIS — or ISIL as the President calls it — is cancerous. And it is not a benign tumor. It is metastasizing and will not stop growing stronger and deadlier until it is dealt with aggressively and, at the absolute minimum, contained.

Erbil, the capital of Iraq’s Kurdish autonomous region, would quite possibly have fallen a couple of weeks ago if the U.S. hadn’t halted an ISIS advance with a series of air strikes.

As we wade back in, it behooves those of us who support military action to be honest about two big things.

First: There will be no clear end. We fought these guys before, when they called themselves Al Qaeda in Iraq. They ruled much of the same territory they currently hold until U.S. forces, in alliance with the Sunni tribes, ran the bastards out on greased rails.

They disappeared into the shadows and stayed there for years, not daring to pop up their psychotic heads until Assad lost ground next door to a ragtag rebellion. We could defeat them all over again this year, and they’ll spring back in 2015 or 2016, perhaps in the same place and perhaps somewhere else.

Just because this is going to be a very long fight doesn’t mean it’s an unnecessary one.

Yes, it’s true, ISIS or no ISIS, there’s virtually no chance the U.S. has the power to turn Iraq or Syria into Belgium. But so what? We don’t have to. All we have to do is back a third faction that can weaken ISIS and Assad so they don’t become even bigger menaces than they already are.

Supporters of deeper U.S. engagement must also acknowledge that American efforts could easily fail. The “moderates” may prove to be an impotent force, especially since Washington sat on the sidelines for so long while ISIS grew into a behemoth. It’s also possible that the “moderates” will prove to be insufficiently moderate and give us no shortage of headaches and regrets down the road.

But you wage a proxy war with the proxies you have, and the fact that it might not work out is no reason to play golf while the problem festers.

This is obvious now, if not to everyone, then at least to the President and leaders of both political parties. When the downsides of interventionism pile up, as they did after Iraq and Afghanistan proved so disappointing, we swing toward isolationism.

And when the downsides of isolationism become harder to ignore, which is happening now that ISIS is blitzkrieging its way across the region, we swing back again. It was bound to happen sooner or later.

Don’t get too bent out of shape if this bothers you. The cycle will begin anew and we’ll reverse course yet again. Because Syria and Iraq aren’t the only unfixable countries. The entire Middle East has been a disaster for thousands of years and, even if the U.S. does everything right, there’s no chance whatsoever that it will change any time soon.

Totten is a contributing editor at World Affairs and City Journal and the author of five books, including “Where the West Ends” and “The Road to Fatima Gate.”