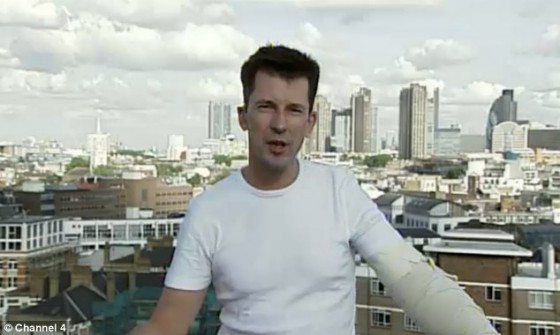 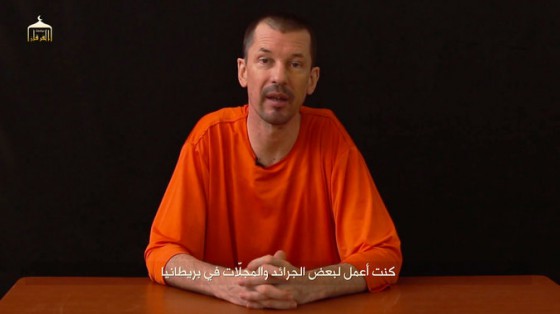 The latest video, which does not feature a beheading, shows a third man wearing orange clothing who says he is a prisoner.

He asks why he and others have been abandoned by the US and UK governments.

No IS militants are seen in the video, which is entitled «Lend Me Your Ears» and is addressed to the Western public.

BBC security correspondent Frank Gardner said the hostage was speaking to the camera «under duress».

He said it was like a «kind of parody of a chat show» and «very much a propaganda video».

«It doesn’t end with any overt threat… And he’s reading from a script, there’s no knife or gun being held to his head,» our correspondent said.

In the video, the hostage says other European governments have negotiated for the release of their hostages but says the US and UK have done things differently.

The hostage also says this is the first of several of what he calls programmes in which he will explain the philosophy of IS.

From comments on the tape, it is clear it was made this year, but not precisely when.

The message of the video is that IS has been «misrepresented by the Western media», and the hostage says he is going to be revealing the truth about IS in «the coming programmes», our correspondent added.

It has now emerged a third British hostage being held in Syria by Isil. In the video, he says: «In November 2012 I came to Syria where I was subsequently captured by the Islamic State.

«Now, nearly two years later, many things have changed including the expansion of the Islamic State to include large areas of eastern Syria and Western Iraq, a land mass bigger than Britain and many other nations.

«Right. Well it’s true, I am a prisoner. That I cannot deny. But seeing as I’ve been abandoned by my government and my fate lies in the hands of the Islamic State I have nothing to lose.

«Maybe I will live, maybe I will die. But I want to take this opportunity to convey some facts that you can verify. Facts that if you contemplate might help preserving lives.

«Over the next few programmes I’m going to show you the truth as the western media tries to drag the public back to the abyss of another war with the Islamic State.»

He highlights that while Britain and the US refuse to pay ransoms for hostages, other nations including France and Germany have done so in the past.

He says: «After two disastrous and hugely unpopular wars in Afghanistan and Iraq, why is it that our government’s appear so keen to get involved in yet another unwinnable conflict.

«I’m going to show you the truth behind the systems and motivation of the Islamic State and how the Western media, the very organisation I used to work for, can twist and manipulate that truth for the public back home. There are two sides to every story.

«Think you’re getting the whole picture? And I’ll show you the truth behind what happened when many European citizens were imprisoned and later released by the Islamic State, and how the British and American government’s thought they could do it differently to every other country.

«They negotiated with the Islamic State and got their people home while the British and Americans were left behind.» 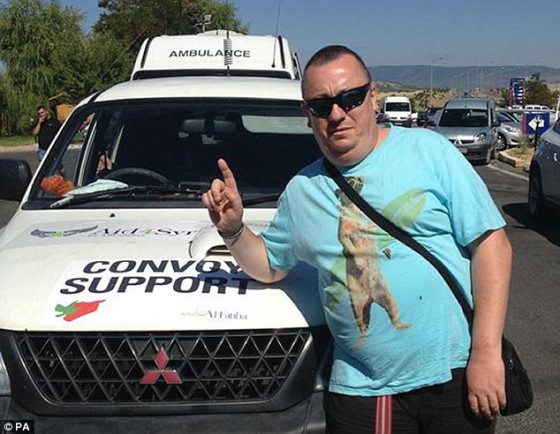