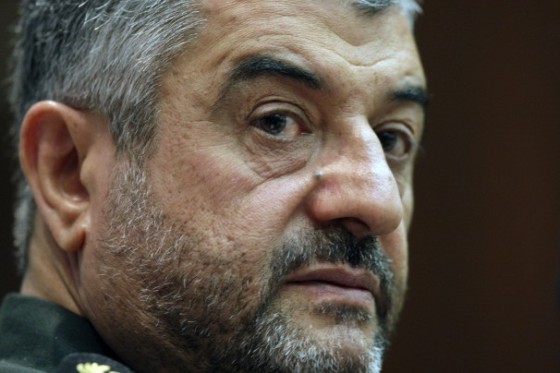 The commander of Iran’s Revolutionary Guard Corps said Sunday that members of its elite Quds Force are inside Syria but are not involved directly in military work, the first time a senior official has publicly admitted the involvement of Iranian military personnel in the Syrian conflict.

The Iranian’s comments are one of the clearest signs yet that the conflict in Syria has evolved into a broader regional showdown with Iran and Lebanon’s Hezbollah supporting the government of President Bashar al-
Assad and Turkey, Saudi Arabia and Qatar supporting the rebels. Both sides have been accused of funneling arms into the country.

“In comparison with the scale of support the Arab countries have given to opposition groups in Syria and their military presence, we haven’t taken any action there,” Maj. Gen. Mohammad Ali Jafari, the commander of the Revolutionary Guard, said during a news conference in Tehran, according to the semi-official Fars News agency. “We have only given intellectual and advisory help and transferred experience.”