The Simon Wiesenthal Center, a Los Angeles-based Holocaust history museum and human rights organization, has placed the German critic of Israel, Jakob Augstein, on a list of top ten anti-Semites in the world. 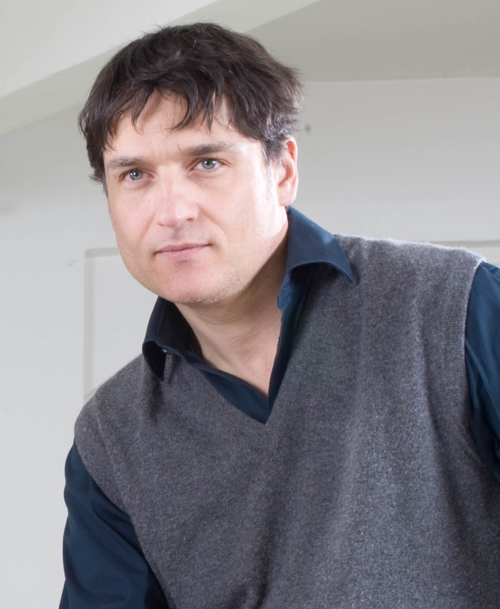 Augstein, a journalist who owns the left-wing weekly Der Freitag and who writes an opinion column for the German news magazine Der Spiegel, is known in Germany and elsewhere for his anti-Israel tirades.

The decision to include Augstein on the annual list of the worst anti-Semites was meant to draw attention to the growing problem of European journalists whose obsessive criticism of Israel frequently crosses the line into blatant anti-Semitism.

Rather than acknowledge that anti-Semitism often masquerades as anti-Zionism, many German media elites (particularly those on the political Left, who are not accustomed to accountability, especially from American Jews) have defaulted to attacking the messenger.

Most of Augstein’s defenders insist that his criticism of Israel does not qualify as anti-Semitism and that the Wiesenthal Center was wrong to place Augstein in the same league as Egypt’s Muslim Brotherhood, which tops the list, and Iranian President Mahmoud Ahmadinejad, who comes in second.

If so, at what point does anti-Zionism become anti-Semitism?

In an interview with the German newspaper Die Zeit, the associate dean of the Wiesenthal Center, Rabbi Abraham Cooper, said criticism of Israel becomes anti-Semitism when it passes the «3-D» test. According to the «3-D» formulation, which was conceived by the chairman of the Jewish Agency for Israel, Natan Sharansky, individuals meet the criteria of modern anti-Semitism when they Demonize, Delegitimize and apply Double-standards to the Jewish state. Augstein, in Cooper’s view, clearly meets the «3-D» threshold.

The Wiesenthal Center bases its accusation against Augstein on five quotes, taken from various columns, in which he not only criticizes Israeli foreign policy, but also repeats conspiratorial anti-Semitic falsehoods, and defends an anti-Semitic poem by the German Nobel Prize-winning novelist Günter Grass, who has denounced Israel as a threat to world peace.

In one quote, Augstein employs the anti-Semitic fabrication of a powerful Jewish lobby that ostensibly controls the world. He writes: «With backing from the US, where the president must secure the support of Jewish lobby groups, and in Germany, where coping with history, in the meantime, has a military component, the Netanyahu government keeps the world on a leash with an ever-swelling war chant.»

In another quote, Augstein accuses an «insane and unscrupulous» Israel of fomenting civil violence in many parts of the Middle East. He writes: «The fire burns in Libya, Sudan, Yemen, in countries which are among the poorest on earth. But those who set the fires live elsewhere. Furious young people burn the American, and recently, the German flag. They, too, are victims, just like the dead at Benghazi and Sanaa. Who does this all this violence benefit? Always the insane and unscrupulous. And this time it’s the US Republicans and Israeli government.»

Says Cooper: «When you conjure up the image of Islamic extremists, whose major contribution to the world has been suicide bombings, extremism and hatred, and then you take an entire religious community and you stereotype them, then that has nothing to do with journalism. Thus, a limit is exceeded.»

In yet another quote, Augstein writes: «Israel’s nuclear power is a danger to the already fragile peace of the world. This statement has triggered an outcry because it’s true. And because it was made by a German, Günter Grass, author and Nobel Prize winner. That is the key point. One must, therefore, thank him for taking it upon himself to speak for us all.»

Grass, in his controversial prose poem, «What Must Be Said,» engages in moral equivalence by comparing Israel to Iran, even though Israel has never threatened to wipe another country off the map, as has Iran. Grass, who in his youth was a member of the Waffen-SS, the armed wing of the German Nazi party’s SS paramilitary unit, also says a military action against Iran would lead to the «annihilation» of the Iranian people — even though it is Iran which has threatened to annihilate the Israel people.

In the words of Alex Feuerherdt, a German journalist who has written extensively about contemporary anti-Semitism in Germany, «the issue now is not anti-Semites but those who criticize the anti-Semites.»

According to Augstein’s defenders, the Wiesenthal Center is to blame because while compiling its list it sought the advice of Henryk Broder, a well-known Polish-born German essayist who has long sought to hold Augstein accountable for his anti-Israel rants.

Broder, who writes a regular column for the center-right newspaper Die Welt, once wrote: «The only reason why [Augstein] did not make a career with the Gestapo is because he was born after WWII. He certainly would have had what it takes.» Broder has also called Augstein a «pure anti-Semite.»

Leaping to Augstein’s defense, the center-right Frankfurter Allgemeine Zeitung writes: «The choice of Jakob Augstein for ninth place on the list of the 10 worst anti-Semites is a serious intellectual and strategic error made by the Simon Wiesenthal Center. Not only has a critical journalist been placed in a group into which he doesn’t belong, the nine other people and groups who have justifiably been pilloried can now exculpate themselves by pointing to such arbitrariness.»

By contrast, the Berlin-based Die Welt published an editorial, «Augstein’s Defenders are Blind in the Left Eye,» which says that although the Wiesenthal Center might have gone too far in placing Augstein on its list, Augstein does indeed cross the line into anti-Semitism in his criticism of Israel. Die Welt writes: «He [Augstein] attempts to discredit Israel morally, to hollow out its legitimacy and to make it a pariah among nation-states, just as Jews were a pariah among the peoples of Europe not that long ago.»

In an interview with the Berlin-based German Jewish newspaper Die Jüdische Allgemeine, the President of the Central Council of Jews in Germany, Dieter Graumann, said that although he was not in total agreement with the Wiesenthal Center’s decision to include Augstein on their annual list, he said Augstein has an «Israel obsession» and «spreads anti-Jewish resentments in an irresponsible manner.» Graumann added that Augstein’s columns are «horrible and undifferentiated» and contribute to an «anti-Israel atmosphere» in Germany.

For its part, the Wiesenthal Center is not backing down. In an interview with the German news agency Deutsche Presse Agentur, Rabbi Cooper said: «Just because he is a journalist, we are not giving Mr. Augstein license to say what he wants and to hide behind journalistic integrity. His statements are incorrect and baseless.»

Speaking to German Radio Deutschlandradio, Cooper says: «Augstein is a major player in German journalism who is accountable to no one. Maybe this is the problem. Augstein does not have to submit his writings to anyone before they are printed.»

Not surprisingly, Augstein sees himself as the victim. On his Facebook page he writes: «The Simon Wiesenthal Center is an important, internationally recognized institution. It deserves all my respect for its work on the fight against anti-Semitism. It is all the more distressing when this struggle is weakened. This is necessarily the case when critical journalism is defamed as a racist or anti-Semitic.»

A report entitled, «European Anti-Semitism Reinvents Itself,» puts things in perspective. Published by the American Jewish Committee, it reads:

Left-leaning Judeophobes, unlike their predecessors of a century ago, never call themselves ‘anti-Semitic.’ Indeed, they are usually indignant at the very suggestion that they have something against the Jews. Such denials notwithstanding, they are usually obsessed with stigmatizing Israel. The dream of the far left has long been to dissolve the hated ‘Zionist entity’ and, in the name of human rights, make the world Judenstaatrein [literally, cleansed of a Jewish state]. Thus, they deny to the Jewish people a fundamental human and political right that they would militantly defend for nonwhite peoples — above all, the Palestinians — namely, the right to national self-determination. This anti-Zionism of the radical leftist camp, profoundly discriminatory toward Jewish nationalism, has now spread into the mainstream liberal left, whose rhetoric relentlessly seeks to undermine the moral and historic legitimacy of a Jewish state. Liberal leftists portray Israel as a state born of the «original sin» of displacing, expropriating, or expelling an «aboriginal» population.

Not only that, but they attribute to the Jews and Israel qualities of cruelty, brutality, bloodthirstiness, duplicity, greed, and immorality drawn straight from the arsenals of classic anti-Semitism. Such polemics transcend the question of double standards. They go far beyond the long-established media practice of singling out Israel for savage criticism never applied to any other nation-state. Indeed they constitute a clear case of negationism — denying the humanity of Israelis in order to stigmatize, defame, and morally disintegrate the Jewish state, as a prelude to its physical destruction.

Soeren Kern is a Senior Fellow at the New York-based Gatestone Institute. He is also Senior Fellow for European Politics at the Madrid-based Grupo de Estudios Estratégicos / Strategic Studies Group. Follow him onFacebook.
German Journalist Among Top Ten Anti-Semites of 2012
by Soeren Kern
January 10, 2013 at 5:00 am
http://www.gatestoneinstitute.org/3534/jakob-augstein-anti-semite