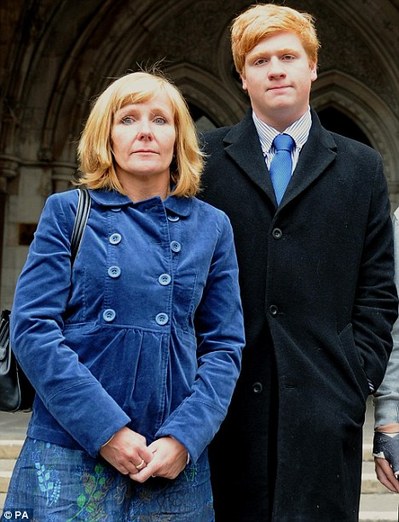 It was triggered by a confrontation in a corridor with a 14-year-old Asian boy, which led to a challenge to a ‘one- on- one’ fight on the school tennis courts after classes had ended.

When Henry – who had no record of disciplinary problems – arrived, he was ambushed by three car loads of mostly older teenagers who had been mobilised by 59 mobile phone calls in the space of an hour.

Callers passed on the message that one of the ‘gora’ [whites] wanted a fight. The 14-year- old who had tangled with Henry earlier in the day then pointed him out.

In a video interview filmed six days after the attack, Henry said: ‘I heard screams, then I was punched in the back of the head. I was curled up on the floor, but they repeatedly kept hitting me. Then I felt the hammer hit the back of my head.’

Asian youngsters, we have been told, had their own officially designated meeting room which, to all intents and purposes, became the unofficial base for a 30-strong crew known as the ‘Asian Invasion’ and the ‘Broad Street Massive’.

Many, if not all 12, of those convicted of assaulting Henry belonged to the gang and lived mainly in the vicinity of Broad Street in Swindon. Four of them were still pupils at Ridgeway. They would often call older relatives and friends from outside school to settle disputes. 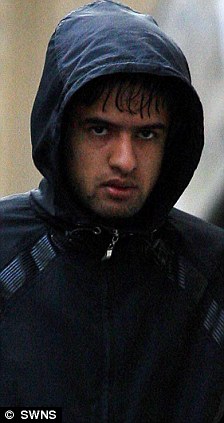 One such was Wasif Khan, then 18, who was the person who wielded the claw hammer. He was a ‘wannabe militant’, according to the police, and carried on his mobile phone a screensaver of the collapse of the World Trade Centre. A number of accomplices used social networking sites to communicate their message.

One said: ‘Play with a gun, play with a knife, play with a Bangli [Bangladeshi] and you’ll lose your life.’ A second posting featured a soundtrack with anti-Western lyrics.

There’s no suggestion that these poisonous views were shared by the majority of the Asian pupils at Ridgeway – in fact, bar the members of the gang who attacked Henry, there were generally very good relations between the Asian and white pupils.

But the disturbing, and disproportionate, influence the Broad Street Massive is said to have exercised over the life of Ridgeway School is revealed in statements summarised in court papers obtained by the Mail, from parents, pupils and former staff.

All are expected to give evidence for the Websters in the High Court over the next few weeks. Racial intimidation and violence, they say, was commonplace and escalated into a mass fight on the school tennis courts after Asian gang members threatened ‘warfare’ against white pupils.

Yet the school’s extreme sensitivity on ethnic issues allegedly allowed the thuggish minority to believe they were ‘untouchable’.

One parent, Donna Burnett, said that when her son Alistair got into a fight with a member of the ‘Asian Invasion’, Alistair received a longer suspension. When she reported her fears about the Asian gang causing racial tensions to teacher Dawn Blackler, her reaction, she claimed, was abrupt to the ‘point of being rude’.

Another parent, Gail Rich, tells in the court papers how her son Taylor was assaulted by Asian gang members – who filmed the attack. Those responsible, she claimed, were not disciplined, which meant they continued to pick on her son.

Taylor, on the other hand, was disciplined for wearing an England football shirt to school – because it contravened the rules on uniform – while pupils from ethnic minorities, she says, were not punished for wearing hoodies or listening to music on their mobile phones.

On one occasion, one youngster turned up for class wrapped in a Pakistani flag. When the head, Mr Colledge, was questioned by the school governors about this, he said it was no different from a Welsh governor wearing a daffodil.

Yet another parent, Ashley Thorne, tells in the court papers how he was on his way to collect his son David and his friend Sam Barrington when he realised they had been injured.

Both the boys, he was told, had been set upon by older Asian pupils wearing knuckledusters in front of the school, while two teachers stood and watched.

Mr Thorne claims he heard Mr Matthews say he could not intervene for insurance reasons because the incident had not occurred within the school grounds.

Remember, this is not some inner city hell hole. Swindon (population 200,000) is often used for market research purposes precisely because it is considered to be a typical British town; neither the best nor the worst place to live, just average.

Exam results are good, and the school continues to receive glowing government reports.

Only last year, Ridgeway’s headmaster Steven Colledge (bildet), who took over in September 2006, was praised by Ofsted inspectors as ‘Outstanding’ for his ‘leadership and management’ skills.

But anyone who saw his performance on Channel 4 News the day after Henry Webster was attacked might beg to differ.

‘I think there is always a danger where there is a mixture of races and peoples which reflect the community we live in that any tension that might exist, any little scuffle or fight, can be twisted to be much more of a major thing than it really is,’ he told the cameras.

No, this is not a misquotation. He really did use the words ‘little scuffle’ to describe the attack in which Henry Webster was left brain damaged.

Furthermore, in the immediate aftermath, neither the ‘outstanding’ Mr Colledge nor any of his colleagues visited the Webster family or even sent a get well card. Mr Colledge later told a governors’ inquiry that gestures such as sending cards or flowers ‘were not in his nature’.

Parents and former staff say that multiculturalism at Ridgeway, under his leadership, meant pupils on both sides of the religious and cultural divide breathing the same air but sharing very little else.

Classroom apartheid: Teachers who were afraid to discipline thuggish minority of Asian pupils for fear of being branded racist