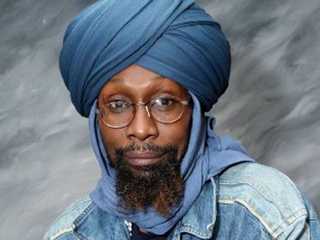 The scene quickly turned chaotic, however, in a shootout that caused agents to gun down Luqman Ameen Abdullah, 53, leader of the Masjid Al-Haqq mosque in Detroit. Abdullah is accused in a federal complaint of heading a Sunni Muslim group with the mission of establishing a separate Islamic nation within the United States.

Eleven other men were criminally charged in the raids, which also occurred in Detroit.

Abdullah, known to some as Christopher Thomas, died after firing on officers during the raid, the U.S. Attorney’s Office said. An FBI dog also was fatally wounded.

The suspects «are members of a group that is alleged to have engaged in violent activity over a period of many years and known to be armed,» a joint statement from the Detroit FBI and U.S. Attorney’s Office said.

Abdullah and the others were charged with conspiracy to commit several federal felonies, including illegal possession and sale of firearms and theft from interstate shipments.

Three of the men charged were at large Wednesday night. The others are expected to appear in U.S. District Court in Detroit today for detention hearings.

Abdullah believed he and his followers were soldiers at war against the government and non-Muslims.

«Abdullah told his followers it is their duty to oppose the FBI and the government and it does not matter if they die,» FBI agent Gary Leone said in an affidavit unsealed Wednesday. «He also told the group that they need to plan to do something.»

Abdullah, 53, of Detroit stayed true to his word Wednesday as armed FBI agents raided a Dearborn warehouse at Michigan Avenue and Miller. Four other suspects surrendered without incident. Authorities said Abdullah refused to surrender, opened fire and then died in a shootout in which an FBI dog also was killed.

«We’re not any fake terrorists, we’re the real terrorists,» Abdullah once boasted to an undercover informant, according to the affidavit.
(2 of 5)

Agents also raided two Detroit homes, one in the 4400 block of Tireman and the other in the 9200 block of Genessee. The affidavits and returns for those warrants were sealed Wednesday.

The U.S. Attorney’s Office and the FBI in Detroit unsealed a 43-page document, however, describing a sinister, radical fundamentalist group allegedly headed by Abdullah. The document notes conversations he had with undercover agents and federal informants that ranged from talking about attacking Super Bowl XL in Detroit to blowing himself up as a final act of courage.

Federal officials said Abdullah was the leader of a group that calls itself «Ummah, a group of mostly African-American converts to Islam, which seeks to establish a separate Sharia-law governed state within the United States.»

«The Ummah is ruled by Jamil Abdullah Al-Amin, formerly known as H. Rap Brown, who is serving a state sentence … for the murder of two police officers in Georgia.»

Brown came to prominence in the 1960s as a leader of the Black Panther Party.

Referring to Abdullah, Leone said in the affidavit, «He regularly preaches antigovernment and antilaw enforcement rhetoric. Abdullah and his followers have trained regularly in the use of firearms and continue to train in martial arts and sword fighting.»

According to the affidavit, Abdullah ran a mosque in a building on Joy Road in Detroit until he was evicted in January for delinquent taxes, causing a move to the 4000 block of Clairmount.

He beat one boy «so badly with sticks that he was unable to walk for several days,» Leone said in his affidavit.
(3 of 5)

During the Jan. 20 eviction, police found two firearms and about 40 knives and martial arts weapons in Abdullah’s apartment within the mosque, investigators said.

Authorities said none of the charges levied Wednesday are terrorist-related, but U.S. Attorney Terrence Berg said the case is still under investigation. Abdullah and 11 suspects were charged with felonies including illegal possession and sale of firearms, mail fraud to obtain the proceeds of arson, theft from interstate shipments and tampering with motor vehicle identification numbers.

Seven of the suspects were in U.S. District Court on Wednesday for initial appearances, one was in custody and three were still being sought.

Even as FBI investigators kept tabs on Abdullah through surveillance, he urged his cohorts to learn of the agents’ whereabouts.

«Trail them, follow them, know where they house is at, and everything else,» he told an informant, according to the criminal complaint. «You’ve got hundreds of agents right there off Michigan» Avenue.

The reference was to the McNamara Building, the headquarters of the Detroit FBI.

«The FBI knows that I will kill them,» he said, adding that police also are targets, according to the affidavit.

Imad Hamad, senior national adviser and regional director of the Dearborn-based Arab-American Anti-Discrimination Committee, said he received a call from the head of the FBI’s Detroit office midday to tell him about the raid.

Hamad said FBI Special Agent Andrew Arena told him that the case was «solely criminal» and had to do with «smuggling and fraud.» He said Arena revealed few details of the investigation, but said it had been ongoing for about two years.

«Agents were trying to chase some people,» Hamad said Arena told him, referring to the raid. «They were giving instructions to lay down. He resisted. He pulled a gun. They exchanged fire, he was shot down, killed. A dog … was dead as well.»
(4 of 5)

The warehouse is near the heavily commercial intersection of Miller and Michigan.

Dawud Walid, head of the Michigan Council on American-Islamic Relations, said Arena called him as well.

«I know him as a respected imam in the Muslim community,» Walid said.