The blueprint is a draft platform for a Brotherhood political party, which Mubarak’s government has vowed never to allow. The Brotherhood circulated the draft last month to a number of intellectuals for reaction.
So far, it has been strongly negative.

«It establishes a religious state,» Abdel Moneim Said, head of the leading Al Ahram Center for Strategic and Political Studies, said. «Its an assassination to the civic state.»

The program calls for the formation of a commission of senior religious scholars, chosen in national elections, «to give consultancy to parliament and presidents,» according to a copy of the program obtained by The Associated Press.

The commission’s opinion on government and parliament decisions would be the «recommended one,» suggesting it could veto those decisions.

The platform says parliament could overrule the board but not in issues governed by «proven texts» of Islamic Sharia law, a vague phrase which could be a wide range of issues.

The body recalls the system in Iran, where clerical councils have final say on a wide range of political issues and can even vet candidates running for president and parliament.
..
The program also bars women and Christians from holding the post of president – Christians because the presidency and the prime minister’s post have Islamic religious duties so «non-Muslims are excused from holding this mission.»

The president cannot be a woman because the post’s religious and military duties «contradict with her nature, social and other humanitarian roles,» the document says.

The blueprint discusses women’s issues under its «Issues and Problems» chapter, alongside problems like unemployment and child labor. It underlines «equality between men and women in terms of their human dignity,» but also warns against «burdening women with duties against their nature or role in the family.» 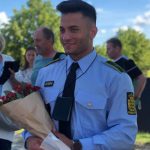