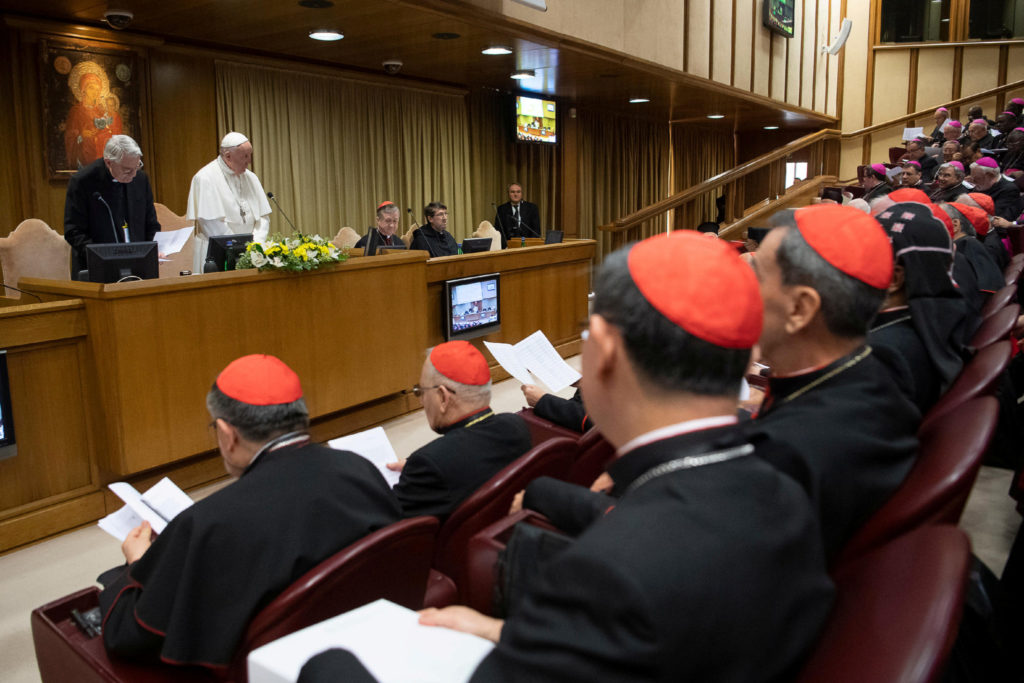 “At the present time, we are in a state of crisis and shame. We have seriously clouded the grace of the Christ-mission,” Openibo said.

“We must acknowledge that our mediocrity, hypocrisy and complacency have brought us to this disgraceful and scandalous place we find ourselves as a Church. We pause to pray, Lord have mercy on us!” she said

She said Church leaders must shed their habit of hiding events for fear of making a mistake.

“Too often we want to keep silent until the storm has passed. This storm will not pass by. Our credibility is at stake,” she said, adding that the Church’s male hierarchy should allow more women to be involved in fight against abuse

“Files that could have documented the terrible deeds and named those responsible were destroyed, or not even created. Instead of the perpetrators, the victims were regulated and silence imposed on them,” Marx, a leading progressive, said.

“The rights of victims were effectively trampled underfoot, and left to the whims of individuals,” he said.

Chile’s 34 bishops offered to resign over the scandal, the pope’s trip to Ireland exposed decades of abuse in the once staunchly Catholic nation and a grand jury in Pennsylvania revealed priests sexually abused about 1,000 people over seven decades in that U.S. state alone.

African nun scolds bishops on abuse: ‘This storm will not pass’