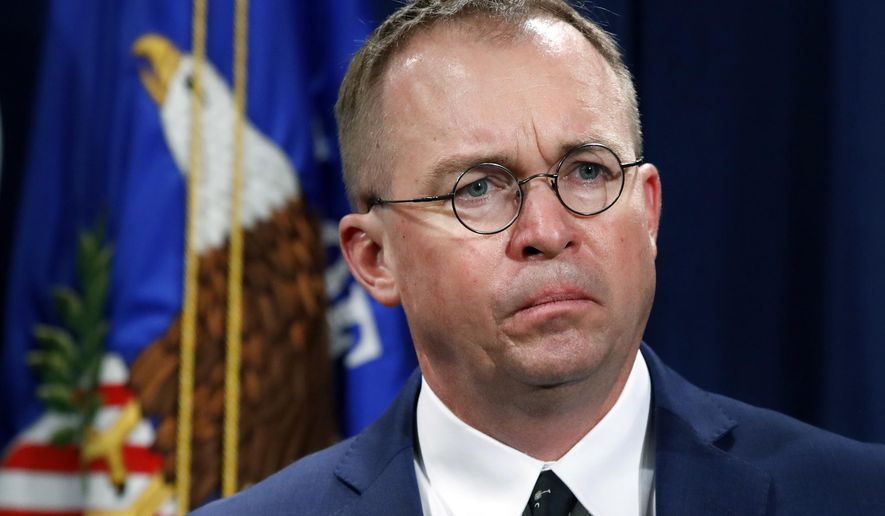 “He’s the acting chief of staff, which means he’s the chief of staff. He got picked because the president liked him they get along,” an official told reporters.

Mr. Mulvaney, a former Republican congressman, had been doing double-duty for the last year as both chief of the Office of Management and Budget, which is the nerve center of the administration, and as acting director of the Consumer Financial Protection Bureau. The CFBP got a new permanent director last week, so Mr. Mulvaney is free of those dutie