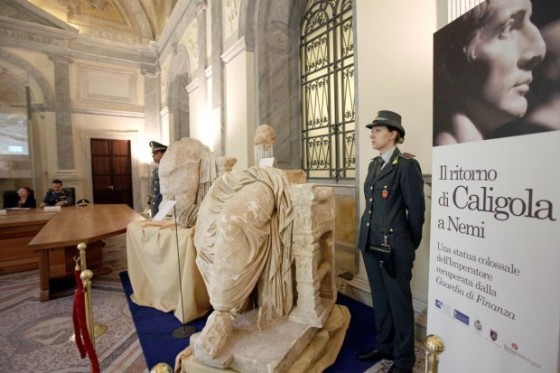 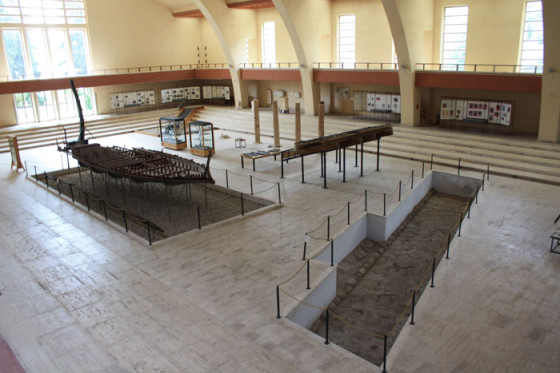 A rare and recently restored 2.5m-high marble statue of the Roman Emperor Caligula (who reigned from AD37-AD41) is due to go on display in June at the Museo delle Navi Romane di Nemi—Italy’s popular ancient Roman ship museum.

The Italian Guardia di Finanza, the police force whose responsibilities include apprehending smugglers, seized the statue, which depicts an enthroned Caligula, near Lake Nemi, 30km south of Rome, in 2011. Tombaroli (tomb robbers) illegally excavated and broke the sculpture into two pieces to make it easier to transport. However the authorities managed to seize the work before it reached the black market and a team from the regional branch of the ministry of culture have restored it.

The sculpture will go on display along with other works found nearby including marble pieces unearthed at a circular nymphaeum (a monument dedicated to nymphs) next to Caligula’s villa, artefacts from the second-century Villa degli Antonini and a marble sculpture of Actaeon from Emperor Domitian’s first-century villa at Castel Gandolfo, near Rome. The work has not been on display before.

The museum’s star attractions are two, 70m-long ships that once belonged to Caligula. The vessels were raised in the 1920s. The museum has had a tumultuous history: founded in 1936, it was burned by the German army in 1944. Although the fire destroyed several Roman ships, many other treasures were saved and transferred to Palazzo Massimo in Rome. The museum was rebuilt and reopened in 1953 with scale models of the ships only to close ten years later due to structural problems. It finally reopened in 1988.