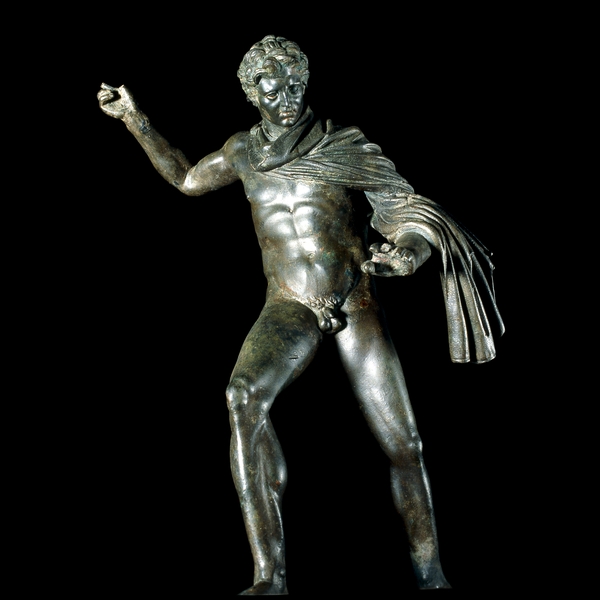 An image of the fearless and heroic huntsmen

Throughout antiquity royal dynasts promoted an image of themselves as fearless and heroic huntsmen, courageously battling with wild animals while accompanied by members of their court. Such scenes appeared on tombs or victory monuments, and were particularly common during the fourth and subsequent centuries BC. The royal hunt had been a frequent subject of Assyrian and Babylonian art, and often appeared on monuments in Egypt. The hunting theme spread westwards across the eastern Mediterranean and became popular in the Greek speaking world. It is possible that it became part of the standard repertoire of subjects on royal monuments, whether the subject actually fought wild animals or not.

Alexander the Great had himself immortalised in sculptural groups participating in hunts. This bronze figure of a man thrusting a spear into a wild animal has facial features not unlike those of Alexander. The statuette may come from a small-scale composition inspired by a larger group of bronzes at Delphi. These statues were dedicated to Alexander by Krateros and were reputedly made by Lysippos and Leochares, two of Alexander’s court sculptors. If it does not represent Alexander himself, it may be a portrait of one of his Macedonian successors.

A. Stewart, Faces of power (University of California Press, 1993)