The Middle East is in chaos. More than half a million people have been killed in the Syrian war and the number is rising. Bashar al-Assad’s army used chemical weapons and barrel bombs against civilians; Russia has bombed schools and hospitals.

Syrians, Christians, Yazidis, Libyans, Yemenis and Egyptians all face lethal treats. Iranian leaders still shout «Death to Israel» and «Death to America» while buying nuclear equipment with money from lifted sanctions. Turkey is sliding toward an Islamist dictatorship, and unable to stem attacks against it.

The only democratic and stable country in the region is Israel, and that is the country U.S. President Barack Obama, in the final weeks of his term, chooses to incriminate. His decision not to use the US veto in the UN Security Council, to let pass Resolution 2334, effectively sets the boundaries of a future Palestinian state. The resolution also declares all of Judea, Samaria and East Jerusalem, home to the Old City, the Western Wall and the Temple Mount — the most sacred place in Judaism — «occupied Palestinian territory,» and is a declaration of war against Israel.

UNSC Resolution 2334 nullified any possibility of further negotiations, by giving the Palestinians everything in exchange for nothing — not even an insincere promise of peace. US Secretary of State John Kerry’s speech five days later confirmed Obama’s support for the resolution. Kerry, like US Ambassador to the UN Samantha Power, used the existence of Jewish towns and villages in Judea and Samaria as a pretext to endorse the position of Palestinian leaders, who want to ethnically cleanse Jews from these areas. But this was just a prelude.

The next act is the Orwellian-named «peace conference,» to be held in Paris on January 15. It has but one objective: to set the stage to eradicate Israel.

Organized by François Hollande, a failed French President who will leave power in four months, it was supported from the start by the Obama administration. Israeli Defense Minister Avigdor Lieberman called it «the new Dreyfus trial.» The accused will be the only Jewish state and the accusers will be the Organization of Islamic Cooperation (OIC) and officials from Islamized, dhimmified, anti-Israel Western states. As in the Dreyfus trial, the verdict is known before it starts. Israel will be considered guilty of all charges and condemned to what its accusers hope will be the beginning of its end. 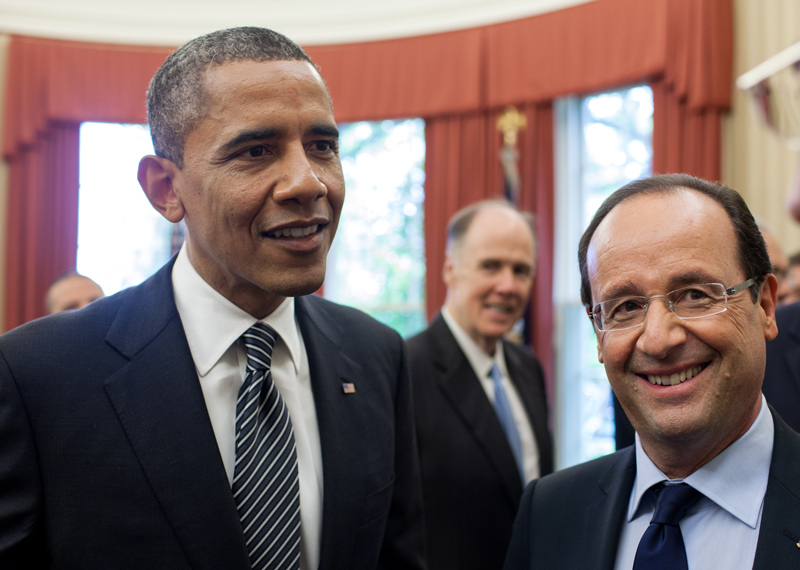 Some commentators have compared what will happen in Paris to the 1942 Wannsee Conference in Nazi Germany, because the aim seems clearly to be the «final solution» of the «Jewish problem» in the Middle East. A draft of the declaration to be published at the end of the conference is already available. It affirms unreserved support for the «Palestinian Statehood strategy» and the principle of intangibility (that the borders cannot be modified) of the «1967 borders,» including East Jerusalem, the Old City and the Western Wall.

The draft declaration rejects any Jewish presence beyond these borders — thereby instituting apartheid — and praises the «Arab Peace Initiative,» which calls for returning millions of so-called «refugees» to Israel, and thus the transforming of Israel into an Arab Muslim state — where a massacre of the Jews could conveniently be organized.

The declaration is most likely meant to be the basis for a new UN Security Council resolution that would endorse the recognition of a Palestinian state in the «1967 borders» as defined in the declaration. The new resolution could be adopted by a second US abstention at the Security Council on January 17, three days before Obama leaves office. The betrayal of Israel by the Obama administration and by Obama himself would then be complete.

On January 20, however, Donald J. Trump is to take office as President of the United States. Trump sent a message on December 23: «Stay strong Israel, January 20th is fast approaching!» He added explicitly that the U.S. «cannot continue to let Israel be treated with such total disdain and disrespect.»

On January 5, the US House of Representatives approved a text harshly criticizing Resolution 2334. Congress is already discussing defunding the UN and the Palestinian Authority. If Europeans and members of UN think the incoming Trump administration is as spineless as the Obama administration, they are in for a shock.

«[A] telling figure came in a June 2015 poll conducted by the Palestinian Center for Public Opinion, which found that a majority of Arab residents in East Jerusalem would rather live as citizens with equal rights in Israel than in a Palestinian state.»

Khaled Abu Toameh, an Arab journalist who has never yet been wrong, noted that the Palestinian Authority sees Resolution 2334 as a green light for more violence, murders and confrontation. He added that if presidential elections by the PA were held today, Hamas leader Ismail Haniyeh would win by a comfortable margin.

In another important article, Middle East scholar Daniel Pipes writes that it is time to acknowledge the failure of a «peace process» that is really a war process. He stressed that peace can only come when an enemy is defeated. He predicts that for peace to come, Israel must win unambiguously, and the Palestinians pass through «the bitter crucible of defeat, with all its deprivation, destruction, and despair.»

Jihadi indoctrination, as well as the financial aid given to Palestinian terrorists, have been paid for by the United States, France, and other Western European nations. That too should stop.

Resolution 2334 and the Paris peace conference, both promoted by Obama, are, as the great historian Bat Ye’or wrote, simply victories for jihad.