Even though we know governments do all kinds of things I was shocked by the information about the US surveillance operation, Prism. To me, it’s abusively using government powers to interfere in individuals’ privacy. This is an important moment for international society to reconsider and protect individual rights. 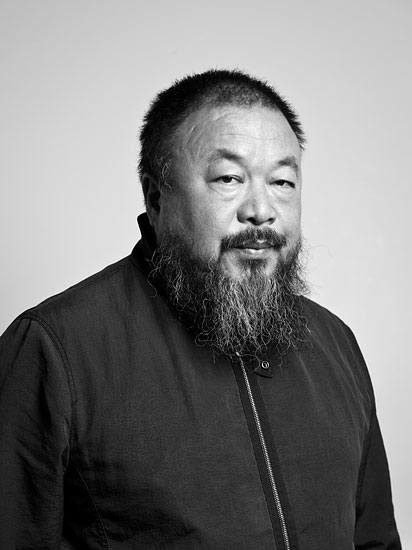 I lived in the United States for 12 years. This abuse of state power goes totally against my understanding of what it means to be a civilised society, and it will be shocking for me if American citizens allow this to continue. The US has a great tradition of individualism and privacy and has long been a centre for free thinking and creativity as a result.

In our experience in China, basically there is no privacy at all – that is why China is far behind the world in important respects: even though it has become so rich, it trails behind in terms of passion, imagination and creativity.

Of course, we live under different kinds of legal conditions – in the west and in developed nations there are other laws that can balance or restrain the use of information if the government has it. That is not the case in China, and individuals are completely naked as a result. Intrusions can completely ruin a person’s life, and I don’t think that could happen in western nations.

But still, if we talk about abusive interference in individuals’ rights, Prism does the same. It puts individuals in a very vulnerable position. Privacy is a basic human right, one of the very core values. There is no guarantee that China, the US or any other government will not use the information falsely or wrongly. I think especially that a nation like the US, which is technically advanced, should not take advantage of its power. It encourages other nations.

Before the information age the Chinese government could decide you were a counter-revolutionary just because a neighbour reported something they had overheard. Thousands, even millions of lives were ruined through the misuse of such information.

Today, through its technical abilities, the state can easily get into anybody’s bank account, private mail, conversations, and social media accounts. The internet and social media give us new possibilities of exploring ourselves.

But we have never exposed ourselves in this way before, and it makes us vulnerable if anyone chooses to use it against us. Any information or communication could put young people under the surveillance of the state. Very often, when oppressive states arrest people, they have that information in their hands. It can be used as a way of controlling you, to tell you: we know exactly what you’re thinking or doing. It can drive people to madness.

When human beings are scared and feel everything is exposed to the government, we will censor ourselves from free thinking. That’s dangerous for human development.

In the Soviet Union before, in China today, and even in the US, officials always think what they do is necessary, and firmly believe they do what is best for the state and the people. But the lesson that people should learn from history is the need to limit state power.

If a government is elected by the people, and is genuinely working for the people, they should not give in to these temptations.

During my detention in China I was watched 24 hours a day. The light was always on. There were two guards on two-hour shifts standing next to me – even watching when I swallowed a pill; I had to open mouth so they could see my throat. You have to take a shower in front of them; they watch you while you brush your teeth, in the name of making sure you’re not hurting yourself. They had three surveillance cameras to make sure the guards would not communicate with me.

But the guards whispered to me. They told stories about themselves. There is always humanity and privacy, even under the most restrictive conditions.

To limit power is to protect society. It is not only about protecting individuals’ rights but making power healthier.

Civilisation is built on that trust and everyone must fight to defend it, and to protect our vulnerable aspects – our inner feelings, our families. We must not hand over our rights to other people. No state power should be given that kind of trust. Not China. Not the US.

NSA surveillance: The US is behaving like China
Both governments think they are doing what is best for the state and people. But, as I know, such abuse of power can ruin lives