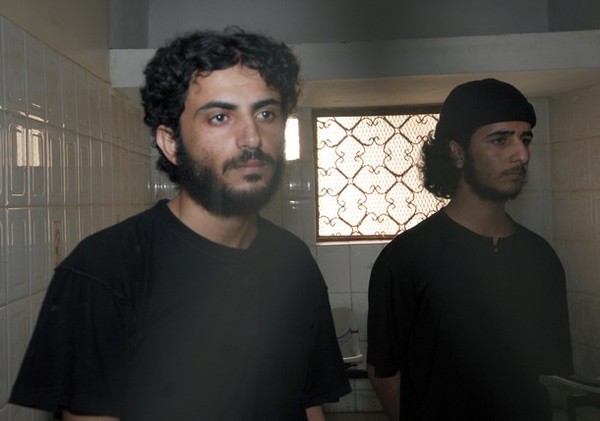 Hedi Mubarak al-Saleh (L) and Mansur Shabwani Dalil both suspected of being a member of the Al-Qaeda accused of involvement in three attacks against the military, are seen behind bars after being given the death sentence by a Yemeni court specializing in terrorism cases on July 7, 2010, in Sanaa.