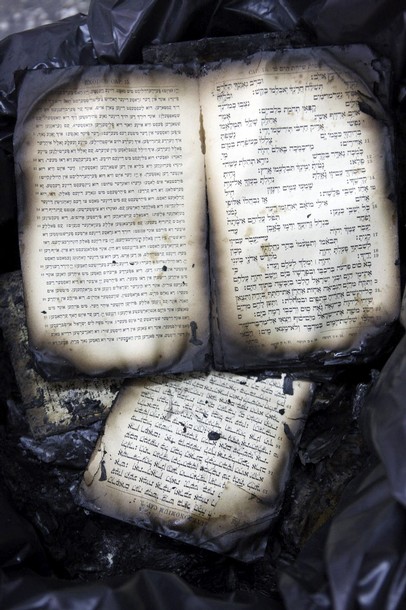 The tiny Jewish community on Corfu has seen more than its fair share of hatred and violence. From the very beginning of their habitation on the island, Jews have been persecuted in one way or another. Anti-Semitic attacks were common in the 13th and 14th century. Jews were also forced to row on galleys, were summoned on the Sabbath, and were forced to act as public executioners. In 1406, Jews were forbidden to acquire land and had to wear a “badge” to distinguish them from the non-Jewish population. In 1622, the Corfiote Jews were confined to a ghetto.

During the 16th century there were two distinct groups of Jews living on Corfu, the Romaniote community who observed the ancient Byzantine Rite (Minhag Korfu), and the combined Italian and Iberian community who observed the Sephardic Rite. The scholar Don Isaac Abravanel finished his commentary on Deuteronomy while living for a short time on Corfu in 1594. Sadly, as is so often the case, the two Jewish communities did not get along very well with each other. The Romaniotes sought special privileges and objected to the Italian community being given the right of permanent residence. By 1664, all Jews on Corfu were seen as being of equal status.

Corfu was the center of etrog cultivation during the mid-19th century. A great scandal erupted when it was claimed that the Corfiote etrog was not kosher due to non-kosher grafting practices. The scandal greatly impacted the etrog business on Corfu and gave birth to the cultivation of etrogim in pre-state Israel.

The blood libel of 1891 resulted in the emigration of a large portion of Corfu’s Jewish population. The storm of Anti-Semitism that swept the island lasted for three weeks and resulted in the deaths of 22 innocent Jews. The alleged perpetrators were acquitted. During World War I, a second blood libel erupted. The riots were quelled by the authorities and no one was hurt.

The Jewish Palate: Jews of Corfu